No definitive position on reopening the border routes

e would like to commend our government officials who went to Dakar, Senegal, for talks on the Senegambia border closure.

The May 15, 2016 Bilateral Consultative Meeting in Dakar between The Gambia and Senegal raised many salient points geared towards bringing a lasting solution to the recurrent border closure between our two nations.

The issues raised and dealt with at the meeting, with further measures put in place to actualise them, are serious concerns for us in The Gambia. However, one thing that is still unclear is the reopening of the border side of Senegal.

In the communiqué we were privy to see and in the statement put out on the bilateral talks by our authorities, promises were only made about resolving some issues on bilateral trade and the like.

There is really no part in the resolutions of the meeting that tells us when Senegal will open their side of the border with us. Both sides, the communiqué stated, promised “resumption of traffic”. But when, and how soon, we cannot tell.

According to the communiqué, another meeting will be held between the two Customs Authorities in connection with Inter-State Road Transit by end of July 2016.

On reopening the border and resumption of traffic, which Senegal is actually expected to do, no definitive time is given.

All that is known is: “In this regard, the Senegalese side undertook to work seriously with all stakeholders for the reopening of the border and quick resumption of traffic as a matter of urgency.”

While the outcome of the meeting gives some semblance of progress on resolving the matter, the border still remains closed, with no definitive time for its reopening.

And in such a situation, the peoples of both countries will have to continue to bear the consequences of the impasse, especially during the month of Ramadan, which is just about two to three weeks from today.

It means both sides are going to continue to wallow in the same condition they have been since February this year, when cross border traffic was halted.

Cross border trade will continue to be affected, businesses run by Senegalese, Gambians and other nationals across the borders of the two nations will still be hampered, our economies starved of much-needed revenue and the people’s livelihood thwarted.

We hope and pray that an amicable solution is found in this lingering matter. 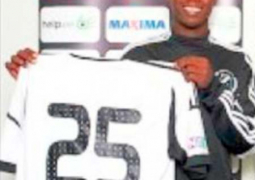