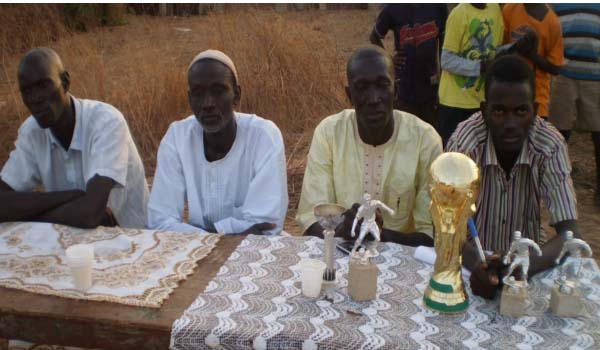 Speaking at the start of the tournament, Mahmud Touray lauded the efforts of the organizing committee for the successful tournament and for building unity through sport.

He praised all the participating teams for their steadfastness and courage in promoting grassroots football.

He therefore called on the players, coaches and teams to be proactive and move the agenda of promoting football to higher heights.

The trophy, according Touray, aims to help youth in the area to nurture the spirit of togetherness and champion peace building among themselves.

The head coaches of Njawara FC and Toroba FC, Bakary Jeng and Momodou Bah respectively expressed delight in and appreciation of the tournament.

The coaches said the tournament would enable them to scout out talented footballers that can represent the district and region at all levels.

Dilating on the performance of their teams, both coaches lauded the cooperation of players in exercising high sense of discipline throughout the tournament.

They thanked Mahmud Touray for the foresight and concern for enhancing youth development.

He calls on players to always familiarize themselves with rules governing football and developing their football career.

Omar Jallow, a member of the organizing committee, applauded all the participating teams in the tournament.

He used the opportunity to call on the players to participate in all regional games.

The tournament was graced by dignitaries and youth around the cluster villages.