Two NIA officers, Demba Sowe and Abubacarr Jallow, have failed in a bid to get their bail condition reviewed by the Banjul Magistrates' Court presided over by Magistrate Edrisa Mbai.

The bail review application was made on behalf of the accused persons by their defence counsels, Lamin Camara and Kebba Sanyang.

According to lawyer Camara, the defence is opposing to any application for an adjournment, adding that on the last adjourned date the prosecution informed the court that the investigation in to the case was ongoing and now the case file was sent to the Attorney General's Chambers for legal advice. He said the defence wants a speedy trial of the case since it is the accused persons' constitutional right to be tried within a reasonable period of time.

In response the police prosecution, Cadet Inspector Keita, said in view of the fact that the offence is a bailable offence that was why the court granted the accused persons bail. He said the prosecution was opposing to the defence counsel application to have the bail condition reviewed, adding that the court in granting the application for bail had considered the magnitude of the offence and he urged the court to refuse the defence application. Prosecutor Keita earlier on applied for an adjournment of the case on the ground that the case file had been sent to the Attorney General's Chambers for legal advice.

It could be recalled that the two NIA officers Demba Sowe and Abubacarr Jallow are standing trial on a charge of abuse of office, a charge they denied.

According to the particulars of the alleged offence, the accused persons being public officers employees of the NIA, between February and March 2008 in Banjul, Kololi and diverse places abused their authority by failing to disclose vital information and recover exhibits in the case of the State against Christopher Badjie to the relevant authorities an arbitrary act prejudicial to the State and thereby committed an offence. 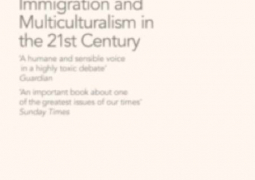 Exodus: immigration and multiculturalism in the 21st century by Paul Collier