The Association of Non-Governmental Organizations (TANGO) on 12 February 2012 held a disability forum whilst launching the African Child Day ahead of the commemoration in June.

The forum brought together people with disabilities, children, as well as development partners. The event was organised alongside the 2012 NGO Week being celebrated in the country.

Speaking at the forum, Ebrima Dibbasey, Gambia Federation of Disabled (GFD), said the day of the African Child is commemorated every year by the African Union member states.

The event, he noted, is an opportunity for government, international and national organizations as well as communities to focus their work on children who are most vulnerable on the continent.

The GFD is an advocacy body that is working to challenge stigma and discrimination, he said. “The harmful impacts of discrimination can be profound, denying children with disabilities access to education and health care among others,” he revealed, adding that “this can corrode their self-esteem and self confidence”.

The government has shown their commitment through the Special Needs Educational policy, he said. “The African child day has a serious message,” he also noted. “There is need for networking so that our work to promote the rights of children with disabilities can move forward.”

In her keynote address, Madam Anna Jobe of the Ministry of Youth and Sport revealed that the day of the African Child has its roots in a protest in March 1976, when thousands of black schoolchildren took to the streets of Soweto, South Africa, to protest the inferior quality of their education and demand the right to be taught in their own language.

The GFD is working hand in hand with the Child Protection Alliance, the National Youth Council, the and other organisations, he said, while applauding the initiative of launching the day to be able to focus over the next few months on bringing out some main issues around children with disabilities.

However, she noted, UNESCO reported in 2006 that over 90% of children with disabilities in Africa are being denied the right to primary education, adding that the World Health Organization estimates that up to 15% of the population in a developing country have disabilities.

She adduced that each and everyone has a role to play, not only the government and civil society organizations.

“The protection and realization of the rights of children with disabilities begins at home,” she noted.

Bakery Badjie from the Child Protection Alliance, in his remarks on the occasion, said their main mandate is to raise awareness, build capacity of members and partners through training, research on child right and protection and advocacy for law and policy reform.

“Our current focus is to advocate for government to ratify the Convention on the Rights and Persons with Disability, which was adopted on 13 December 2006,” he said.

Falu Sowe, a representative of the Department of Social Welfare, said the theme for this year’s African Day celebration is not a coincidence.

Social Welfare, he said, was instituted by the government to promote and protect children at risk and will continue to do so particular for people with disabilities including children.

He assured the gathering that the government is working towards the ratifications of the convention of the rights of children with disabilities.

The forum also witnessed a drama performance by various organisations of people with disabilities as well as musical performance. The vote of thanks was delivered by Maimuna Kallow, an ex-student of GOVI.

Where has The Ten Commandments gone? 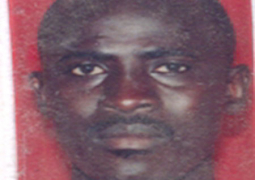