One Musa Njie of was on the 24th day of November dragged before the Bundung Magistrates' court on allegation of threatening violence.

According to the charge sheet, on , at , in the K.M.C. the accused threatened to kill one Amie Njie with a knife. The accused denied the charge.

The court presided by Her Worship Kumba Sillah Camara granted bail in the sum D70, 000.00 plus a Gambian surety.

The case resumes on . 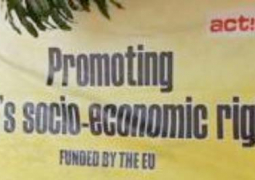