As nawettan season draw nearer across the country, Newtown FC last Saturday defeated Arsenal FC 1-0 in a test match played at Gunjur Football Field as part of preparations for the forthcoming Gunjur Nawettan championship which is expected to commence later this month.
The tightly contested game which ended 1-0 infavour of Newtown FC show both sides played attack and counter attacks in the first half of the game and create scoring opportunities in each other's goal mouth but failed materialised on their chances and the first half ended 0-0.
In the resumption of the second half, Arsenal who have experience and exposure mount pressured on their opponents and create dead chances but squandered all their chances into the bush.
Newtown FC lone goal was scored by Alagie Sonko in the 75th minute of play after dribbling pass Arsenal defenders to make it 1-0 for Newtown FC. Arsenal FC though fought back but failed to levelled the score in the 90th minute of play and subsequently the game ended 1-0 infavour of Newtown FC.

The state of the world’s children 2012 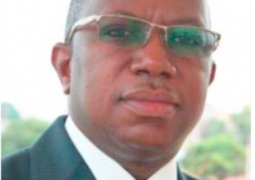