A track titled, "We go Hammer Dem" dedicated to The Gambia's darling scorpions will very soon hit the music market as plans are already on the way for it to be released.

The track, done by Babatunde Olaitan aka Baba T, comes in the wake of 's historic performance over the Teranga Lions of Senegal earlier this month.

In an interview with Entertainment, anchorman, Mr. Olaitan said the inspiration for him to come out with such an idea came after he travelled with the Gambian fans to cheer the Scorpions on in , adding that the Scorpions deserved the track in all respects.

A musician by profession, Baba T added that he was also motivated to come up with such an idea due to the fact that he was moved by the way Gambian fans cheered the boys throughout the course of the game right from the start.

"There was this victory since at the beginning because of the way the fans came together and that was the reason behind this song," he said. He added that The Gambia is no more a country that any other country can challenge in terms of football.

Mr. Olaitan, who has performed with great artists in the sub region like Thione Seck of , said he also has plans to do another song for the Scorpions in collaboration with other Gambian artists.

He also disclosed that he is currently working on a ten-track album which, according to him, will hit the market by November. This, he added, is not only going to be a CD but also Audio and Video. "I will be featuring great artists like Pa Omar Jack, Marion of Africell, Modou Musa Ceesay and Amie Cherry. This is going to be great and it will turn the music industry in this country.

Baba T however lamented the issue of sponsorship, saying that presently, he has the Audio but is yet to finish the video due to financial constraints.

He called on sponsors to come forward and sponsor the album in order to promote the music industry in The Gambia. "This will give exposure to their products and services as it will be featured in the Audio and Video," he added. 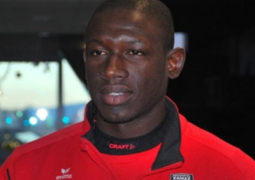