After successfully electing office bearers for the Gambia Scout Association, the Ministry of Youth and Sports on Wednesday 30th June 2010, held an official handing over by the interim executive of the scout movement, to members of the new executives at a ceremony held in Banjul.

Speaking at the handing over ceremony, Sulayman A. Njie, the interim Chairman of the Scout Association described the day as historic.

He thanked the members of the interim committee for their handwork. He again seized the opportunity to commend the Ministry of Youth and Sports for the confidence reposed in them by allowing them to solve their problems.

Mr. Njie officially handed over the constitution, internal regulations, auditors' report and some medals awarded to the Gambia Scout Association by President Yahya Jammeh, to the Permanent Secretary for Youth and Sports, Mambanyinck Njie.

PS Njie commended the outgoing task force for a mission completed. "When we are given responsibility to manage the activities of others, we must ensure that our duties are given the right management," he declared.

PS Njie urged them not to witch hunt anybody, or allow themselves to be misled by anyone. While advising them to listen to the words of wisdom, he challenged the members to convince the world that the Gambia Scout Association is not in their black books. He then urged them to focus all their energies, efforts and time to put the scout association on a proper footing.

Marchel Mendy, the Executive Secretary of the National Youth Council, also described the day as a joyous moment.

"In as much as we congratulate the new executive and its members, I am of the view that the association's many problems are all man-made."

He urged the new team to realise that they have a responsibility to ensure the sustainability of the Gambia Scout Movement. He challenged the members to be loyal, and give support to the newly formed executive at anytime, noting that they must also forget their individual differences and work vigorously. He lamented that the Gambia Scout Association has lost it glorious days, and there is no way to overcome such, unless and until they work hard.

He further challenged them to turn things around to gain its recognition, so as to see something positive from the association.

The Director of Youth and Sports, Malang Jarsey, reminded the members that they are here for the development of young people.

"The philosophy of the scout is to help the young people with skills such as leadership, entrepreneurship and employment opportunities," he asserted.

He urged them to improve on the level of management to come up with an action plan for the realisation of the philosophy.

Mr. Jarsey assured them that they would continue to create the enabling environment to inject the philosophy in the minds of young people.

The President of the scout association, Kassa Kanteh Sanneh, delivered the vote of thanks. 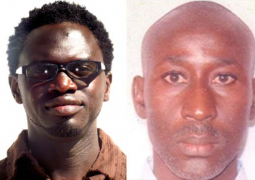