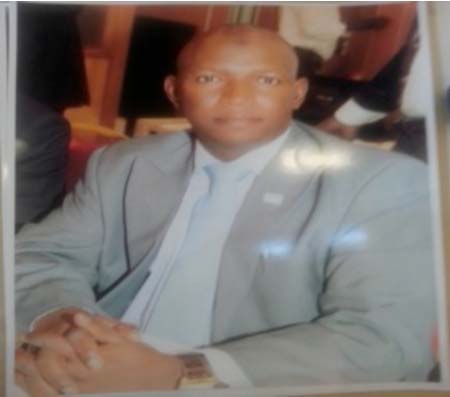 Stakeholders from the Agriculture and Natural Resources Sector and representatives from non-governmental organizations recently converged at a daylong drafting session, otherwise called Visioning Workshop held at Baobab Holiday Resort in Ker Sering, supported by the early warning project under the department of Water Resources in Banjul.

The objective of the convergence, according to organisers, was to produce a national climate change policy by early 2016.

Speaking at the ceremony, Ousman Sowe, permanent secretary Ministry of Environment, Climate Change, Water, Forestry and Wildlife, spoke about the menace of climate change, adding that it was increasingly worrying worldwide.

“The atmosphere and oceans have warmed, the amount of snow and ice have diminished, sea level has risen and the concentrations of greenhouse gases have increased,” he said, adding that more than 90 per cent of the energy coming into the climate system between 1991 and 2010 had been going into the oceans.

“This is making them both warmer and more acidic, long-lasting effects on the fisheries of the world that are so important for livelihoods of many people and for the economies of many countries like The Gambia,” he added.

There is more and more evidence that extreme weather events, such as droughts, floods and storms are becoming more severe and even more frequent, he further stated.

Sowe said the 5th assessment of the IPCC - the international panel on climate change - has stated that many of these changes driven by human activities such as burning fossils fuels and deforestation are unprecedented over decades to millennia.

The Gambia like most least develops coastal countries is vulnerable to the impacts of climate change, he further noted, adding that the concentration of socio-economic and cultural assets and activities in low-lying coastal areas, combined with reliance of the economy on natural resources partly explains the country’s vulnerability.

“We are vulnerable to impacts on food security and health resulting from increasing temperature and changes in rainfall patterns,” he added.

“We are also vulnerable to the negative effects on tourism, human settlements and agriculture arising from sea level rise, increased saline intrusion into aquifers and the River Gambia and flooding made worse by drainage congestion during torrential rains.”

Paul C. Mendy, administrator from EU, stated that the European Union is one of The Gambia’s principal development partners, adding that The Gambia-EU cooperation over the past decades has been steadily growing and mutually beneficial.

He explained that a number of initiatives have been undertaken under this cooperation, that have enhanced the socio-economic development of The Gambia and its people, especially in addressing key development initiatives such as PAGE, MDGs and Vision 2020 in areas like food security, transportation, education, economic growth and poverty reduction.

He disclosed that the GCCA project is funded by EU to the tune of 3.8 million euro as part of its support to developing countries that are most vulnerable to the effects of climate change.

The overall objective of the project is to improve the capability of the government and people of The Gambia to adapt to increase climate variability and change, Mr Mendy said.

According to him, the day’s deliberation was meant to solicit constructive views from stakeholders in the quest to formulate and develop an integrated climate change policy, as a framework for mainstreaming climate change into national development planning.

The project is intended to achieve two key objectives: to strengthen national level capacity to plan for and respond to the impacts of climate change in coastal areas, and to contribute to mainstreaming of climate change into development planning, he continued.

Mr Mendy said a national climate change policy is paramount, and that component 2 of this GCCA support project aims at producing this policy document for The Gambia through participatory processes.

A lot of work has been done in that regard through the activities of various taskforces, and by engaging the services of a number of national resource persons, he continued.

However, he added, much remains to be achieved in this journey towards developing a draft climate change policy for the country.

A road map was put in place by component 2 stakeholders through the guidance of the key experts, which aims at developing the draft policy document by January 2016.

“This particular visioning workshop is part of that roadmap, which we believe will significantly contribute to the policy development process.”

Lamin Mai Touray, director Department of Water Resources, said his department is the lead government agency for implementing the United Nations framework convention on climate change, as well as being the focal point for both the world meteorological organisation and international panel on climate change in The Gambia.

In this regard, he went on, the department is the implementing agency for component 2 of the GCCA support programme, which aims to promote the mainstreaming of climate change into national development plans.

“We began the process to develop the national climate change policy over a year ago, under component 2 of the GCCA. The process has been guided by the Technical Working Group established to oversee the project.”

This resulted in the generation of a significant amount of information, developed in a participatory fashion through the task team and work groups, he added.

In summary, the main purpose of the gap analysis is to clearly identify strategic priorities for thematic clusters, to guide actions and investment on adaptation and mitigation in The Gambia, he further stated.

Mr Touray said this should include opportunities inherent in a low carbon climate-resilient development path, as well as ways to reduce the identified key climate risks.

In doing so, he continued, they would identify key knowledge and research gaps, as well as individual and institutional capacity gaps, related to the key vulnerabilities and impacts for the thematic area.

“A key step in drafting the policy will be developing the vision, underlying principles and strategic objectives for the policy.”

The policy development process is not something that happens in isolation from other efforts, he said, adding that they are working in close collaboration with other relevant projects, such as the early warming project phase2.

“We are also looking at possible synergies with the ongoing process to develop the third national communication to avoid duplication of efforts.”

The policy development process also builds upon the foundation laid by their work in developing the national adaptation programme of action and national communications to the UNFCCC, he said.

“We are also incorporating our work on the nationally appropriate mitigation actions or NAMAs and our INDCs, or intended nationally determined contributions to reducing greenhouse gas emissions.”

Bubu Pateh Jallow, a consultant, talked about the importance of having the policy in place for policy integration in sectoral policies to mainstream climate change resilience in the ANR sector. 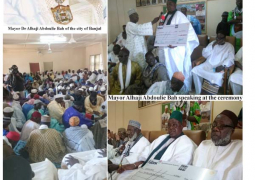