Newly-elected members of the National Assembly in have been speaking of their plans for their respective constituencies over the next five years.

In an interview with The Point recently, parliamentarians from Serrekunda Central, , Jeshwang, Foni Bondali, Kombo Central, Sabach Sanjal, Bakau and Niani constituencies expressed their resolve to work with their people for the development of their constituencies and the country, in particular.

Hon. Sainey Jaiteh of Serrekunda Central commended the electorate in his constituency for re-electing him for the second time to serve another five-year term, noting that the promises made during the campaign will be fulfilled.

“Part of my plans for the next five years is to upgrade the Bundung Borehole market, rehabilitate feeder roads within the constituency and create more enterprising jobs for the youths through the help of the relevant authorities,” Jaiteh said.

Describing his election results as a disappointment for him due to the fact that his challenger got his deposit, Hon. Jaiteh implored Gambians and the people of Serrekunda Central, in particular, to continue rallying behind President Yahya Jammeh and the ruling APRC party.

Hon. Haddy Nyang-Jagne, National Assembly member for Jeshwang constituency, who is also the President of the ECOWAS Female Parliamentarians Association (ECOFEPA) told the Point: “I will rededicate myself to the people of Jeshwang, so that we can develop our constituency”.

Calling on the people of the constituency to come together and rally behind the APRC party, Hon. Nyang-Jagne highlighted some of the development projects undertaken in her constituency for the past five years, including the building of schools, construction of the Old Jeshwang market, installation of street pipe-borne water and the constant supply of electricity.

“More development projects are in the pipeline for the people of Jeshwang constituency in the next five years,” she said, while thanking them for the support and cooperation of the people of her constituency, as she cannot do it all alone.

Hon. Abdoulie Suku Singhateh of constituency also spoke of plans to further develop his constituency, citing the setting up of Lower Baddibou Trust Fund to be managed by the youths of his constituency, and the establishment of development projects for women.

Hon. Singhateh commended the APRC leadership for giving him the chance yet again to represent the people of his constituency at the National Assembly, promising that he will fulfill all the promises made during the campaign period.

Hon. Matarr Kujabi, member for Foni Bondali constituency, said his first priority in his constituency will be to reconcile the people of Foni.

According to him, he will work towards ensuring that the people of Foni Bondali come together and forget their past differences, and work towards the development of the constituency.

While calling on the youths of his constituency to remain behind the APRC party, Hon. Kujabi promised to work hand in hand with his people, who he elected him to office.

Independent candidate Buba Ayi Sanneh of Kombo Central also spoke to The Point, promising among others to revamp the education, health and agriculture system in his constituency for the betterment of its people.

“Electricity power station is in Brikama, but the people of the area are not benefiting from it as expected, which can be attributed to frequent power cuts,” Hon. Sanneh added.

Hon. Ousman Bah, member for Sabach Sanjal promised to improve the livelihood of his people.

“I believe my people have done the right thing by giving me another mandate to represent them, and I will work towards improving the livelihood of my people by giving them support in the areas of health, education, agriculture among others,” Hon. Bah said.

Hon. Kalifa Jammeh of Bakau constituency promised to empower women and the youth, and to also create constituency credit unions to better their living condition and rehabilitate feeder roads within his constituency.

Another independent candidate, Demba BT Sambou of Niani constituency, said his first plans would be to develop Niani with the help of his people, noting that he would organize football tournaments for the youth in his constituency.

While promising that he will fulfill his promise made to the electorate, he commended the people of Niani for giving him the mandate to represent them in parliament. 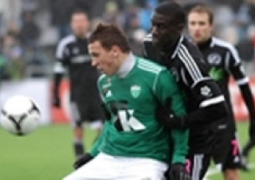