The seemingly unending reports of violence against women in our society will soon be a thing of the past, if the new Domestic Violence Bill 2013 passed by the National Assembly on Tuesday is anything to go by.

The bill, tabled before deputies by the Vice President and Minister of Women Affairs, Aja Dr Isatou Njie-Saidy, among others seeks to ‘‘to address gender as well as domestic violence in general.’’

Experts are of the belief that the enactment of the sexual offence bill will further strengthen the existing laws and procedures relating to the trial of rape and other sexual offences.

With the bill, it is hope that the legislation would have an impact on our criminal laws as enshrined in the criminal code and other existing laws of The Gambia that make provision for such offences.

In moving the motion before deputies, Vice President Njie-Saidy said the legislation will promote gender equality and equity on the rights of women and girls.

The bill will also ensure that The Gambia not only fulfills its international commitment on the promotion of gender equality and women empowerment, but also take appropriate measures at the national level in advancing and enhancing women’s status, particularly their legal rights as called for in the Gender and Women Empowerment Policy of 2010 to 2020.

“The Domestic Violence Bill 2013, which is introduced, is a collective measure to address gender as well as domestic violence in general which should be of concern for all. The bill went through a participatory process given the widespread concerns about the promotion of women rights issues, particularly among all stakeholders including the religious leaders and, of course, the traditional rulers in the country,” she told deputies.

The provision of the bill, she added, is aimed at the elimination of all forms of violence against women and girls, among other social groupings.

‘‘The quality of police and prosecutors’ work is crucial in the process, particularly when determining whether court proceedings are executed or a person is indeed convicted,’’ she stated.

She noted that it has been experienced in many countries that the act of violence, especially against women particularly and girls are not investigated thoroughly or documented precisely.

Deputies including the deputy speaker and majority leader, Hon. Fatou Mbye and Hon. Fabakary Tombong Jatta respectively all welcomed the bill, describing it as long overdue. 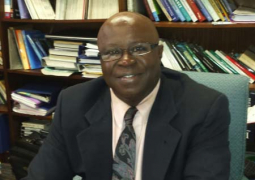 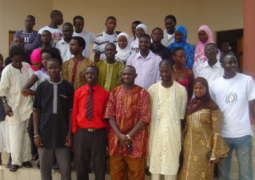