The widely-publicized trial involving the national treasurer of the opposition United Democratic Party and two others, came to an end yesterday after the Special Criminal Court convicted and sentenced the trio to five years imprisonment.

Amadou Sanneh, Malang Fatty and Sambou Fatty were convicted on charges of conspiracy to commit an act with seditious intention, sedition, possession of seditious publication and false swearing.

Delivering his judgment, Justice Nkea stated that in the bill of indictment dated and filed on 9 October 2013, the accused persons were jointly charged on four counts.

The 1st and 2nd accused persons, Malang Fatty and Sambou Fatty, pleaded guilty to the charges preferred against them, while the 3rd accused pleaded not guilty, he added.

The 1st and 2nd accused persons were accordingly convicted as charged, sentencing was however reserved until the trial of the 3rd accused was completed, the judge added.

Consent to prosecute dated 8 October and filed on the 9 October 2013, was issued under the hand of the Attorney General and Minister of Justice, according to Justice Nkea.

“The prosecution case against the 3rd accused is that sometimes in September 2013, the 2nd accused caused PW1, Bakary Baldeh to certify the document bearing the letter head of United Democratic Party, UDP. Although PW1 initially thought that the document was an affidavit of consent, he would later discovered during the course of the investigations into the matter that the said document was indeed an attestation for political asylum and he identified exhibit A, the attestation as the document which he certified,” he continued.

The cautionary statement of the 3rd accused was received in evidence through PW2, as exhibit E, and the 3rd accused agreed in exhibit E that at the request of the 2nd accused, he prepared and assisted the 1st accused with an attestation which stated that the 1st accused, Malang Fatty, was a strong UDP militant who had been arrested and detained before and was now afraid of his own security, he said.

He would later in exhibit E that he was misled into issuing the attestation as all the facts contained therein are false, the judge went on.

At the close of the prosecution’s case, he added, the 3rd accused having been overruled on a no-case-to-answer submission, elected to exercise his constitutional right to remain silent, thus, resting his case on that of the prosecution.

“Having considered the evidence adduced before the court , and the legal authorities relied on by both sides and upon careful perusal of the briefs of argument filed by both sides, it is my view that only one issue stands out for determination in this matter,” said the judge.

“That is whether upon the totality of the evidence adduced before the court, it can be said that the prosecution has proven its case against the 3rd accused with certainty required by the law. It is now basic and trite law that the burden to prove a charge against an accused persons rests on the prosecution and this burden has not shift in a criminal trial except as otherwise provided by statute, and the prosecution must proof its case beyond reasonable doubt,” he stated.

“There is such heavy reliance by the prosecution on exhibit E, the cautionary statement of the 3rd accused, in broad terms, exhibit E is both an admission and avoidance, while admitting that he issued an attestation with false assertion on the arrest, detention and security risk of the 1st accused,” Justice Nkea went on.

The 3rd accused raised the defence of a mistaken fact, and the law was that the court must consider any defence that was raised, whether by the accused or by the facts of the case, he further adduced.

If the evidence led by the prosecution does not sufficiently negative (sic) that defence, then such defence must inure (sic) to the benefit of the accused, he added.

“In this case, the 3rd accused has expressly raised the defence of a mistaken fact in exhibit E, and this defence is provided for under section 8 (1) of the criminal code which state thus, a person who does or omit to do an act under the honest and reasonable, but mistaken belief in the existence any state of things is not criminally responsible for the act or omission to any greater extent than if the real state of the thing had been such as he or she believed to exist,” stated the judge.

The used of the conjunctive verb and in the above section means that for the defence of mistake to inure to the benefit of an accused person, the mistake must both be honest and reasonable, added the judge.

“The defence of mistake, like all others defences in law, is not upheld as a matter of course. There must be  good evidence in support of it, mere assertion would not suffice, thus the 3rd accused is relying on mistake as defence. There is a need to place before the court strong evidence in support of same,” he said.

Being facts that are supposed to be within the knowledge of the 3rd accused and since the evidential burden was on the party who alleged a fact, it was therefore logical to require the 3rd accused to properly dilate on these assertions, the judge continued.

However, he said, the 3rd accused elected to remain silent, allowing the court to resolve the issue by resort only to the evidence of the prosecution before the court, and the law was well-settled that an accused person who decides to rest his case on that presented against him by the prosecution, had admitted the facts presented by the prosecution thus exposing him to a big gamble and risk.

“It is a trite law that, where the facts upon which the defence is based are peculiarly within the knowledge of the accused so that he is not expected simply to contradict the contrary evidence, the choice not to give evidence, a failure to contradict or sufficiently explain incriminating evidence may make it easier to accept evidence or draw inferences from evidence relied upon by prosecution,” he further stated.

Therefore, the 3rd accused taken to have admitted the consent of exhibit E as his own, and having admitted in exhibit E that he prepared an attestation at the request of the 2nd accused for the benefit of the 1st accused. It was therefore unnecessary to again seek to prove that fact, he added.

In summary, the judge said: “To alleged falsely that the 1st accused had been arrested and detained and his security is at risk for the purpose of seeking political asylum, is to falsely portray the government of The Gambia in the eyes of others as one that arrests and detains its own people, thereby putting their security at risk.”

“This in my view would invariably not only to bring hatred or contempt but also incite disaffection against the government of The Gambia from the receiving country. I, therefore, hold as a fact the false allegation contained therein are seditious, and having made such declaration without just cause, I hold as a fact that the 3rd accused intended this to be the consequence of his action,” he said.

“On the element of agreement between the conspirators need not to be in writing and it was not necessary for the accused persons to formally agree for there to be an agreement, but in this case, the 3rd accused had also admitted in exhibit E that after several days of request from the 2nd accused, he agreed to prepare the attestation for him. This evidence left no doubt in my mind that there was at a point an agreement between the 2nd and 3rd accused persons for the preparation of the said attestation and this as I hold as fact,” stated Justice Nkea.

PW1’s evidence of an attestation for political asylum which was brought to him for signature by the 2nd accused was an important element in the body of proof of the actual charge, he added

The evidence which corroborated or strengthened the allegation of false arrest, and detention in exhibit E, although it has been established that the 3rd accused made false declaration, and section 99 of the criminal code requires that such declaration must be made before a person authorized to administer an oath, and the evidence before the court was that it was the 2nd accused and not 3rd accused that presented the false declaration for attestation to PW1, a commissioner for oaths, he said.

“There is no evidence that the 3rd accused instructed the 2nd accused to present the declaration to PW1, for attestation that count in my view, was therefore not proven with certainty required by law. It fails and the 3rd accused is accordingly acquitted and discharged on that count,” he said.

“From the foregoing, I am satisfied that the prosecution has proven its case with certainty required by the law on counts 1and 2, the 3rd accused is accordingly found guilty, and convicted as charged on counts 1 and 2,” he concluded. 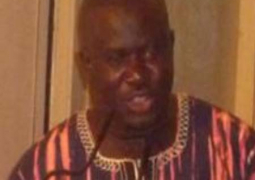 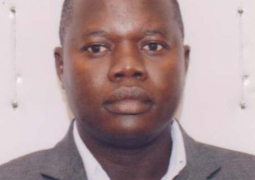