News of the crash of a passenger plane in is shocking. The loss of more than a hundred lives at a go is a catastrophe.

One wonders what is responsible of these common occurrences of fatal aircraft accidents. We need to assess the extent to which our safety culture has evolved.

The pillars of flight safety should at all times be observed.

Although the rate of fatal incidents has declined steadily over the years, it is worth noting that these last three years remain the worst years on record in terms of the accident rate in .

Fear of flying is a complex psychological issue nowadays, one that has been made more complex by the security concerns of the last few years.

Often, the aviation community points to the statistics associated with flying risk to illustrate that flying is safe, and that passengers should not be afraid.

For those who are concerned about flight risk, statistics are also not that useful. Even if the chance of something bad happening is a million to one, the people concerned about risk are focused on whether their flight is going to be the one that doesn't end well.

We believe that genuine safety partnerships should be established between regulators, manufacturers, operators and professional unions, research organisations, and international organisations to further enhance safety.

In every safety review, the aero-engine is at least twice as likely to be the cause factor in an accident than other aircraft-related causes.

Therefore, life extensions need to be undertaken judiciously, and backed with extensive study in consultation with the manufacturers.

The most significant requirement, however, is to identify the critical weaknesses in technology, which have a direct bearing on Flight Safety.

Having identified these, we then need to manage them by enhanced maintenance, modifications, replacements or even shelving them.

"What is the cause of most aviation accidents? Usually it is because someone does too much too soon, followed very quickly by too little too late." 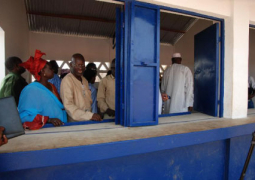 APRC will have its biggest surprise - says Hamat Bah