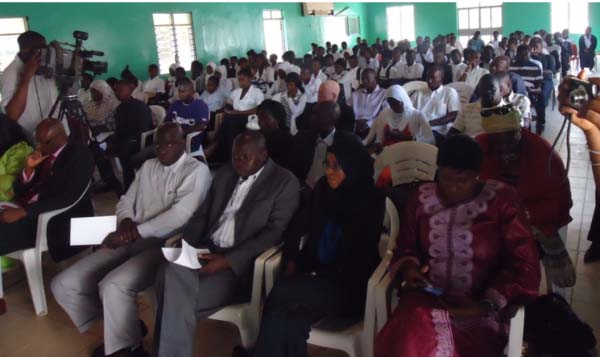 The National Enterprise Development Initiative (NEDI) and the National Youth Council (NYC) Tuesday launched their respective newsletters (‘The Entrepreneur’ and ‘Youth Matters’) respectively at a ceremony held at the President International Award (PIA) Hall in Bakau.

The occasion also witnessed the presentation of a brand new video camera and its gadgets from the Minister of Youths and Sports to the MoYS Department of Planning for the establishment of a Media Unit, as well as, a presentation of 40 bags of NPK fertilizer and various seeds of vegetables by WAPP to NEDI.

Alieu K. Jammeh, Minister of Youths and Sports, said as the Government continues to be mindful in harnessing the potentials of youth and women of the country for a collective socio-economic development, the launching was another demonstration of that quest.

“In consolidating our gains as a country and moving forward, the contribution of youth and women is important,” he pointed out, adding that the efforts women and youth continue to make in bettering their lives and that of the society at large was the reason why they wanted to put up a media unit so that they could tell their own stories directly.

They have seen a lot of constraints in youth being able to have that linkage between them and Government, as a result, they want to give opportunities to youth to tell their stories by themselves, he said.

He said sometimes the public was not adequately informed about what young men and women are doing in the country, but through this media unit and the two newsletters, they are confident that a medium would be created where youth could dialogue with Government, tell their stories and also be more educated about their responsibilities, as well as, things they needed to do to contribute to their development and the general development of the nation.

The launching of the two newsletters would serve as a massive dissemination of information that would expand the efforts of young Gambians, especially those at the grassroots, as well as, tell the untold hidden talent of young men and women and the massive contribution they have been doing to the socio-economic development of The Gambia, he stated.

Minister Jammeh revealed that this exposure would boost their morals and also serve as an instrument to others, adding that the newsletters would facilitate easy access of information on a wide range of issues on youth development, particularly entrepreneurship, employment creation and bridging the gap between their partners for the development needs of the youth.

They have tried to work with youth and their other development partners especially at the local level to bring about meaning development, he revealed.

Alieu Secka, NEDI Board Chairman, said the objectives of the newsletters are a form of creating awareness about the work of NEDI, NYSS and NYC to recognize the success stories that could inspire other youth and women entrepreneurs as well as to serve as a source of best business practice.

The assurance of genuine continuity and sustainable development appears dependent on the entrepreneur and the extend of the efforts that the youth invest in their own activities, he remarked, saying that such would determine the type of future for the country.

Musa Mybe, Director of Planning and Programmes at MoYS, said the Government of The Gambia continue to prioritize youth development in both creating an enabling environment and through series of direct intervention for the actualization of the aspirations of the youth.

Rosaline Seckadelivered the vote of thanks. 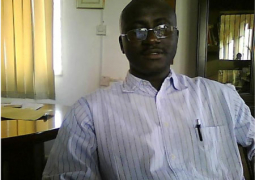