Alagie Kassama, Sheriff Assistant Bailiff at Kanifing Magistrates’ Court, on 6 April 2016 testified before Magistrate Abeke against Sanju Kumar, an accused person, who was charged with stealing a motor vehicle.

Being led by ASP Fadera, the prosecuting officer, the witness, Alagie Kassama, told the court that he recoginsed the accused.

He said on 22 March 2016, the Honourable Sheriff of the High Court instructed him and his colleague, Dodou Ndow, attached at Bundung Magistrates’ Court, to find out about a pick-up vehicle BJL 0319J from the accused person’s driver, Modou Gaye.

Mr Kassama stated that the vehicle is a double-cabin pick-up white in colour, adding that Modou Gaye was invited to their office and he and Dodou Ndow explained themselves to Modou Gaye.

They told him they were Sheriff Bailiffs enquiring about the said pick-up which belongs to Corporate Road Construction Company, and which was supposed to be among the attached vehicles owned by the said company.

He added that Modou Gaye confessed to them that he drove the vehicle under the instructions of the accused to her residence in Bakau. Gaye escorted them to the accused person’s house for them to find out whether it was the same vehicle.

Upon arrival at the residence, he continued, they found out that the vehicle was not there, neither the accused person.

They later contacted the accused through her telephone, and informed her that they were from the office of the Sheriff and wanted to see her about the said vehicle.

She said she was at work, and would close at 6 pm.

Mr Kassama narrated that at that point, they returned with Modou Gaye to the court to wait until 6 pm to see whether the accused would turn up.

Meanwhile, he said, at 5 pm, his colleague, Dodou Ndow, received a call from lawyer Gomez, who is representing the accused, with regards to the accused.

He added that Dodou Ndow explained everything to lawyer Gomez, and later they were able to trace the accused at lawyer Gomez’s office at Kairaba Avenue.

Mr Kassama further stated that at lawyer Gomez’s chambers, in the presence of Modou Gaye, himself (Kassama), Dodou Ndow and lawyer Gomez, the accused confessed to them that she sold the vehicle to a Senegalese unknown to her for D100,000.

From there, lawyer Gomez promised them that he would make the accused available at the Sheriff’s office in Banjul.

Still testifying, Mr Kassama told the court that the following morning, on 23 March 2016, the Sheriff came to the Kanifing Magistrates’ Court and asked him to contact lawyer Gomez so that they could make an arrangement to meet in his office at Kanifing.

During the meeting, the accused again confessed that she sold the vehicle, out of frustration, to an unknown Senegalese.

Mr Kassama added that Modou Gaye and the accused were then taken to the Bakau Police Station and had their statements recorded, adding that his statement and that of Dodou Ndow were also recorded. 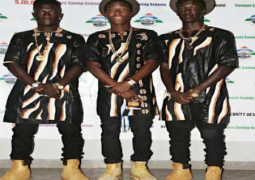 GSK to Embark on Malaria Research in Gunjur