NDEA makes other arrests, 80-year-old among

The National Drug Enforcement Agency (NDEA) recently made another arrest of four persons suspected of dealing in drugs. The suspects namely, Momodou Jatta, Sulayman Faye, Ebrima Jallow and Alieu Gaye were arrested in Foni and Manduwar village all in the Western Region.

Speaking to the press on 24 September 2010 at the NDEA main office in Banjul, the NDEA public relations officer, Chief Inspector Abdoulie Ceesay, said the first suspect, Momodou Jatta, was arrested at Sutusujang village in Foni on 12th September 2010 with a black bag containing 8 bundles of suspected cannabis, a prohibited drug.

PRO Ceesay further revealed that the suspect, who is believed to be at his 80s, was pedaling a bicycle heading to Bullock village. When he was interrogated by the NDEA officers, the old man told the officers that the suspected cannabis was a gift from someone in Casamance.

He said the suspects were arrested with a commercial van, registration Number BJL 4475 E, when NDEA personnel acted on a tip-off.

PRO Ceesay further warned that any dealer arrested with drugs in his vehicle or even an aircraft would forfeit the vehicle or aircraft to the state.

He said plans are under way for a country-wide sensitisation campaign on drugs by the NDEA, including in the Fonis.

The NDEA official, therefore, used the occasion to warn all dealers in prohibited drugs.

Constructional works on infrastructural development and others such as communication, health, agriculture, education and economic development are at this very moment Taking place throughout the length and breadth of the Country 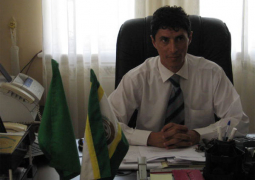