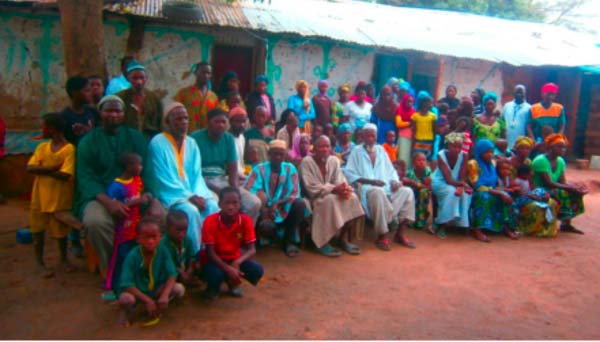 The National Council for Civic Education (NECCE) is currently on a ten-day intensive sensitization and awareness-creation campaign on good governance and human rights, for the local communities of Lower Nuimi district in the North Bank Region.

Speaking at the sensitization session in one of the villages in Sare Bigi in Lower Nuimi district, Kebba O. Jobe, NCCE civic education officer, said the exercise started since 5 July in the North Bank Region and is expected to last ten days.

Mr Jobe added that the sensitization exercise was NCCE’s effort at intensifying awareness for communities on citizenship, citizens’ participation in politics and their roles and responsibilities.

The NCCE teams were divided into two groups, and each team targets sensitizing about forty communities in the North Bank Region.

The exercise is out to let the Gambian people become aware of what citizenship is all about, and their role and responsibilities, as well as their rights on politics and citizens’ participation.

Knowing these elements is very important and necessary, as a citizen, he said, adding that it would help them to know what they are and who they are.

He said there are many people, especially women, who suffer a lot when they are at the health centre and even on the road travelling from place to place in The Gambia, due to lack of documents.

He said the 1970 constitution stated that anyone born during that period is a Gambian, and now the 1997 constitution is recognizing four different types of citizens, adding that it is, therefore, better for people to take into consideration both periods when defining citizenship in The Gambia.

The variation must be clarified to the people, and this is what NCCE is advocating for in the local communities, to create more awareness on the constitution of The Gambia, Jobe went on.

The aim of the sensitization exercise is to create more awareness at the level of the local communities, so that people would be aware and be part of the politics and citizenship participation.

“The word ‘I don’t care’ should be wiped out from our minds,” he said, adding that people should endeavour to participate in national issues.

Mr Jobe added that national development is not only through work, but also through politics, and that every Gambian has the right to participate in the administration of the country.

“It is through politics that you vote and the vote that you are casting gives you the power to have the mandate to have a say on how the government is going to rule you,” he said.

Therefore, he added, the people, particularly the local communities, need to know the responsibilities of the National Assembly, the Executive, and the Judiciary, which are the three arms of government.

Mr Jobe thanked the community for showing a strong commitment and keen interest, as well as for digesting the information passed on to them by the NCCE.

He said that through the interactive forum, people have started understanding more about their human rights and citizenship participation.

Ousman Bah, the Alkalo of Sare Bigi, expressed appreciation on behalf of his village and thanked NCCE for the bold initiatives.

He also called on the NCCE to continue engaging the local communities on such sensitization and awareness campaigns on human rights, and citizens’ participation in politics. 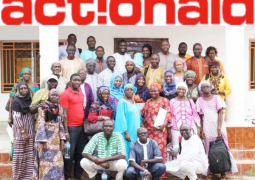