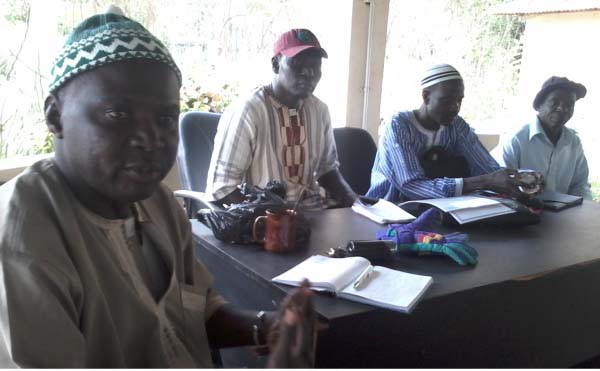 The sensitization, held at the NBAG Bantaba in Brikama, where it brought together beekeepers from within the West Coast Region, was funded by the Matching Grant Facility with the aim of reforming the beekeeping sector and also discussing issues related to their draft constitution among others.

Speaking at the meeting, the President of NACOFAG, Momodou Lamin Fyenkeh, pointed out that the association had faced lot of challenges, saying it was paramount importance for them to come together to

the association to take up beekeeping as a profession.

He stressed the need for members to change their mentality towards

beekeeping, adding that it could employ many young people as well as

The CEO of professional beekeepers, Musa Gibba, underscored the

importance of the sensitization, saying it would help bring

beekeepers together under one umbrella and also enable them

coordinate their activities to boost not only beekeeping

production in The Gambia but also create market for the beekeepers.

NBAG field staff Siaka Manga thanked the Matching Grant Facility under the Ministry of Trade for funding the nationwide sensitization, saying it had availed them the opportunity to discuss with beekeepers issues challenging beekeeping, to map out a way forward for the association.

Other speakers on the occasion included Baboucar Sarr of Danyanko, a consultant, who talked on the importance of the draft constitution and Modou Lamin Joof of Future Farmers of The Gambia.