The electricity supply situation in this country has deteriorated abysmally for the past one month or so. From Banjul to Brikama, people have literally been thrown into darkness, making life very difficult for everyone, especially now that the stifling heat has started.

While we do not know exactly what the problem is, we want to state that the frequent power cuts these days seem to be strange.

As we move towards yet another tourist season, NAWEC should understand that the prolonged blackouts could endanger our tourism sector, which is one of the country’s major foreign exchange earners and employment providers.

As people have had to sleep in oppressive heat at night, health conditions and body temperatures have been running high, with the result that more people are complaining of headaches, asthma and high blood pressure, not to mention the reality that more and more people are likely to be afflicted by malaria.

However, in this dire situation, it is imperative that we again ask: What is really the problem?

We were told some time ago that NAWEC is owed over D150 million by area councils and other institutions across the country.

According to the recent reports presented to the Public Accounts/Enterprises Committees of the National Assembly, there still remains a huge amount of money owed to Nawec by certain institutions.

While we also hope that the management of NAWEC is doing everything possible to address this problem, we want to urge them to expedite its work to bring the current situation to normality, for the good of the nation and the national economy. 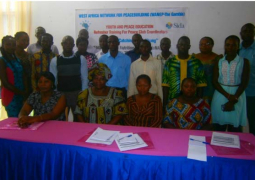