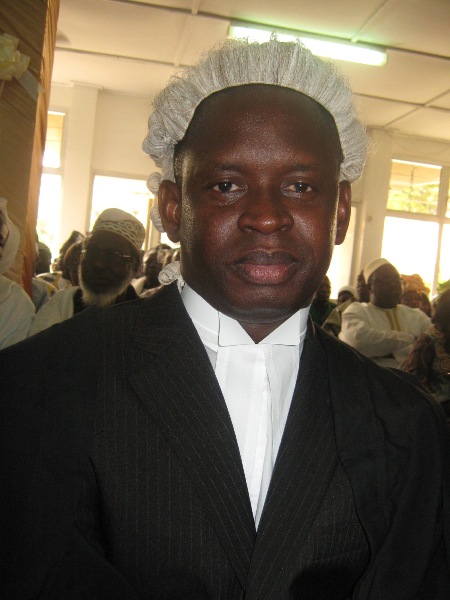 The three were arraigned before Justice Emmanuel Nkea of the Special Criminal Court in Banjul, charged with three counts, which included conspiracy to carry out a lawful purpose by unlawful means, giving false information to a public officer, and abuse of office; charges they denied.

In his submission, defence counsel Ebrima Jah stated that the 2nd accused person, Pa Harry Jammeh, was arraigned on 19 August 2013 and charged with the above-mentioned offences, which he had denied.

As a result, he added, the prosecution called five witnesses and tendered exhibits in support of their case, submitting that the burden of establishing the accused person’s guilt lay on the prosecution.

He added that after the closure of the prosecution’s case, the 2nd accused was convinced that there was prima-facie no case against him.

Counsel then invited the court to acquit and discharge the 2nd accused person, as the prosecution had woefully failed to make any case against him.

Counsel Jah further submitted that under common law principles, the court could acquit and discharge the accused on a no-case-to answer submission.

The recommended approach would be applied on the evidence adduced by the prosecution to determine whether a prima-facie case had been made against the 2nd accused, counsel added.

“We refer the court to the evidence of PW1, whose evidence does not directly or circumstantial show that the 2nd accused had conspired or abused his office,” he said.

He further stated that the witness had given no evidence against the 2nd accused person.

“PW2 cannot remember taking any step to verify exhibit D2, and confirmed that the 2nd accused denied all the allegations,” he submitted, adding that it was clear that PW2 did not give conflicting evidence against the 2nd accused and hence the essential element of conspiracy was out of the evidence.

He said PW3 told the court that their investigation did not uncovered any conspiracy, submitting that exhibit F and F1, which were tendered in court, were hearsay and could not be the truth of the statement.

These were statements made by Justice Wowo, who was never called despite he was listed as prosecution witnesses, counsel said.

Counsel Jah submitted that the court could reach the conclusion that the prosecution had failed to prove the evidence of Wowo, because it could have been unfavourable to them.

He argued that no evidence had been laid to show that the 2nd accused had conspired with anybody, and urged the court to ignore those statements.

Counsel also stated that PW4 and PW5 did not give any evidence or establish anything against the 2nd accused, and therefore he should be acquitted and discharged, as there was no evidence against him.

He pointed out that the statements of Wowo, which were admitted in evidence were inadmissible because they were not tendered by the maker of the statements and its contents were, therefore, hearsay.

“Any doubt should be resolved in favour of the accused,” he said, submitting further that there was no evidence before the court supporting the element of conspiracy, and it was incumbent on the prosecution to call witnesses and give material evidence.

He argued that the charge of conspiracy had failed, adding that there was no evidence whatsoever that the accused knew that the information given was false.

He said the evidence before the court was that the 2nd accused was acting on his duty.

He submitted that the 2nd accused had been a civil servant for many years and had served loyally and was dedicated to his duty and was, therefore, urging the court to acquit and discharge him.

“The 2nd accused and his family have gone under lot of hardship during his arrest,” he stated. 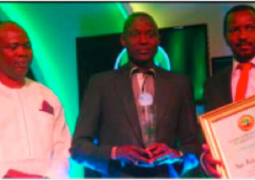 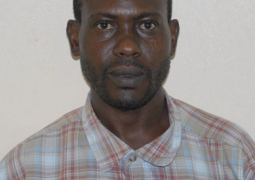