“I forgot my term paper, miss,” said Joseph. He had hoped that she wouldn’t notice. He didn’t like the way Miss Rose was staring at him with those cold calculating eyes. He lifted his dirty hand to slap a mosquito from his leg and muttered a curse between clenched teeth.

I haven’t had my breakfast and Miss Rose’s questioning eyes is the last thing I need, he told himself. “She is holding her nose as if she needs to remind me that I haven’t had my bath in four days,” he almost said out loud. A wave of pain swept through him and he winced painfully. His back was bruised from his father’s beating. He was trying to stand up for his mother when his father kicked him in the ribs. He doubled over in pain and rolled up to a dark corner where he and his siblings looked on with terror written all over their faces.

Oh how I hate him, he thought as his hand formed into a tight ball.

This morning, the priest had prayed for him, but Joseph thought that he needed more than that.

Arthur, the boy with a long neck like a vulture’s, craned his neck to see Joseph’s dirty face.

Joseph made a face at him to keep him off his back. Not that Arthur wasn’t a nice boy, matter of fact, he was the nicest boy in the school. He only kept staring right through Joseph as if he shared a bond with him; an unseen bond. Joseph lowered his eyes and dipped his hand in his torn bag-pack and fished out a crumpled book. He tried to straighten the book and clumsily scribbled what Miss Rose wrote on the board.

Suddenly, he saw her sauntering towards him and his heart began thumping. He was afraid the whole class would hear it and start laughing at him silly. He eyed the door and measured his escape.

Miss Rose finally reached him and softly said, “I will give you some time to do it, Joseph.”

Joseph couldn’t believe his lucky stars. He thanked Miss Rose and promised himself to explain what he is going through to her and also work harder. 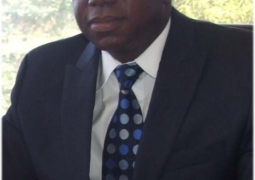 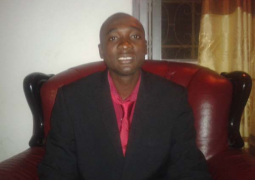