The acting director of forestry has disclosed that the 2012 nationwide tree planting will begin next week.

According to Sarjor Fatajo, the department of forestry, in collaboration with PROGEBE, Wood re-Exporters and other relevant stakeholders, is spearheading the nationwide exercise.

Mr Fatajo disclosed this in Kanilai village in Foni during the planting of eight hundred mahogany trees locally called Jalo funded by the Wood Re-exporters and Forest Users in The Gambia.

According to him, the forthcoming nationwide tree planting is in response to the Gambian leader’s clarion call for the country to plant one million trees.

The tree planting is being done to replace the ones that have been lost, he said, adding that they are putting more emphasis on the sustainability of trees.

“We are going to continue the tree planting exercise countrywide from Kartong to Koina in ensuring that trees are well planted in our forest in the best interest of our future generation and for our agricultural security,” he said.

The participation of the youths in such exercise has shown to the “whole country that the Gambian youths are committed” and ready to complement the effort of the forestry department, he noted. 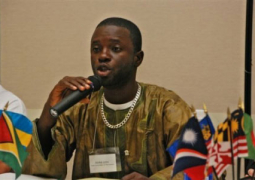