With An amazingly consequential number of minors (children under the age of eighteen) all over the world are left homeless every day. Some due to disaster, other displaced due to unrest (political, social, military), abandoned by parents or guardians and some taken from their caregivers by the state because there is a probable or imminent risk which they are exposed to. This could include not receiving the proper or acceptable care a child must be given governed by child rights regulations.

For minors in the latter categories and who are taken into state custody, most are put in Foster Care (the term used for a system in which a minor who has been made a ward is placed in the private home of a state certified caregiver referred to as a foster parent) (Wiki meaning) It is also defined as the provision of a home and parental care and upbringing, usually on a short-term basis, although unrelated by blood or adoption. Foster care is provided for children whose natural parents are dead, absent, or unfit or unable to look after (Encarta Dictionary). This system is meant to nurture and provide a child with the proper upbringing, hence the name. However, this is not usually the case.

The state is primarily responsible for the child, called a ward. It makes all the requisite legal decisions concerning the minor usually through the family court and child protection agency, effectively representing the minor’s parent figure. The role of the Forster Parent is that which revolves round the everyday routine care of the said child. The foster parent is remunerated by the state for the services rendered. This system in itself is intended to be short tem with either the ward being eventually adopted or re-united by the parent.

Care is the intended purpose; however, this is sometimes not the case with these children experiencing higher rates of physical and psychiatric morbidity as compared to the general population. These children in foster care can have a higher probability of having Attention Deficit Hyperactivity Disorder and deficits in executive functioning, active anxiety as well as other basic developmental problems which are essential in life. They are also at risk of experiencing higher degrees of incarceration, poverty, homelessness and poverty. Recent studies have suggested that foster care can in a lot of circumstances be more is more disadvantageous and harmful to a minor than remaining in a troubled home.

Forster care has been shown in various studies to have major consequences on the physical and mental wellbeing of those who were in the system. Many children enter foster care at a very young age, a period where the best care they can get is from their own parents. Yet this care is not available and they are left with no viable choice.

Negative environmental influences, have a direct effect on foster children. Most of the processes involved in healthy neurodevelopment are predicated upon the establishment of close nurturing relationships and environmental stimulation. Foster care children have been shown to possess elevated levels of cortisol, a stress hormone compared to children raised by their biological parents. Elevated levels of this hormone can compromise the immune system. Negative environmental influences can during this critical period of brain development can have lifelong consequences.

Of the traumas that these kids are exposed to are higher risk for a number of eating disorders, the risk of experiencing high rates of child abuse 9physical, emotional, sexual), deprivation, and physical neglect. Also imminent is a very high overall high mortality rate compared to the general populace. The percentage of these children in the system who complete high school is relatively low with dropouts.

The best care that can be fostered is the one between a child and the biological parent. That’s the way it is meant to be. But most situations don’t pan out that way, hence the system. It is  therefore our duty as people to do all we can to make the foster care system in this country and throughout the world one than will sufficiently cater to the needs of every child in the system ad give them the best possible chance in life. Like all children, they are the future and deserve a fighting chance at it. 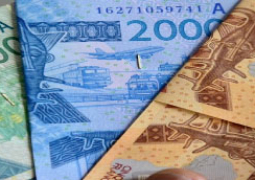