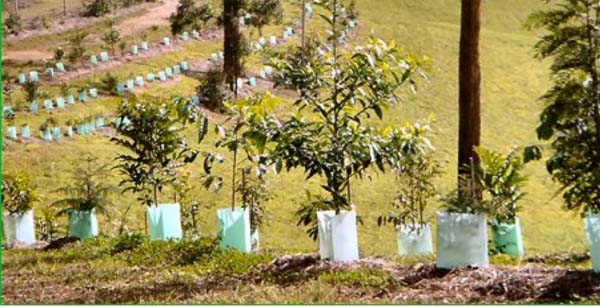 The regional forestry office in LRR, together with its partners, notably Freedom from Hunger Campaign (FFHC), recently conducted its own regional tree planting exercise at Dongoraba Village Jarra East district, in observance of this year’s National Tree Planting Day.

In his address to the gathering, LRR regional forestry officer Lamin Sawaneh called on the participants to take good care of the planted seedlings, especially since a lot of money have been spent to raise the seedlings.

He emphasised the importance of planting trees as it helps to regulate the climatic conditions and prevents runoff water, which eventually leads to floods.

Speaking earlier, Jarra East district Chief Seyfo Ansumana Kanagi implored on the community to show example by protecting the trees until they reach their maturity stage.

Representing the regional governor of LRR, Musa Taal, on behalf of the governor, thanked the participants for responding to the call.

He emphasised the essence of protecting the seedlings from bushfires and animals by providing tree guards and creation of a belt around the planted seedlings.

The Village Development Committee chairperson Bubacarr Dem reiterated the assurance of the whole community in protecting the trees up to their mature stage.

At the end of the exercise, which attracted many, men, women and youth were able to replant more than one thousand five hundred seedlings of various species.

In a similar development, the regional forestry office in Central River Region (CRR), in collaboration with ADWAC under the Sustainable Agriculture and Environmental Governance (SAGE) project, also recently embarked on a large tree planting exercise in four communities and one forest park in CRR South.

The exercise, funded by the SAGE project, was meant to restore the already depleting forest cover in the region.

During the exercise, various types of plant species such as Cordell (an African plant), Gmelia, cassia, mahogany and cashew were planted in community forests and Kaolong forest park co-managed between the communities and the department of forest.

Addressing the participants at the end of the exercise, the Regional Forestry Officer responsible for CRR/South, Alagie Sanyang, applauded the fruitful collaboration between the agency and the department of forestry in environmental protection and management.

The initiative, he said, was in line with the forest policy objective of engaging the communities in forest resources management and also complementing the president’s call for planting one million trees annually throughout the country.

He also spoke at length on the role of the communities in reforestation exercise to regain the forest cover, which is very much vital to their livelihood as studies have indicated that over 90 per cent of the rural people in one way or the other derive their needs from the forest, especially through fuel wood.

The importance of trees to the farming communities cannot be overemphasised, he said, describing them as critical to the protection of soil against desiccation and erosion, as well as the improvement of soil nutrient, rainfall and temperature moderation.

He then thanked the participating communities for their cooperation and advice to them to protect the planted trees against bushfires and animals.