Immunization is the process whereby a person is made immune or resistant to an infectious disease, typically by the administration of a vaccine. Vaccines stimulate the body’s own immune system to protect the person against subsequent infection or disease.

Immunization is a proven tool for controlling and eliminating life-threatening infectious diseases and is estimated to avert between 2 and 3 million deaths each year. It is one of the most cost-effective health investments, with proven strategies that make it accessible to even the most hard-to-reach and vulnerable populations. It has clearly defined target groups; it can be delivered effectively through outreach activities; and vaccination does not require any major lifestyle change.

Immunization helps prevent dangerous and sometimes deadly diseases. To stay protected against serious illnesses like the flu, measles, and pneumonia, adults need to get their shots – just like kids do.

National Immunization Awareness Month is a great time to promote vaccines and remind family, friends, and co-workers to stay up to date on their shots.

How can National Immunization Awareness Month make a difference

We can all use this month to raise awareness about vaccines and share strategies to increase immunization rates with our community.

Here are just a few ideas:

· Talk to friends and family members about how vaccines aren’t just for kids. People of all ages can get shots to protect them from serious diseases.

· Encourage people in your community to get the flu vaccine every year.

· Invite a doctor or nurse to speak to parents about why it’s important for all kids to get vaccinated.

How can I help spread the word

We’ve made it easier for you to make a difference! This toolkit is full of ideas to help you take action today. For example:

· Add information about immunizations to your newsletter.

· Host a community event where families can get together and learn about immunizations.

· Add this Web badge to your website, blog, or social networking profile.

Immunisation protects children (and adults) against harmful infections before they come into contact with them in the community.

Immunisation uses the body’s natural defence mechanism - the immune response - to build resistance to specific infections. Nine diseases can be prevented by routine childhood immunisation - diphtheria, tetanus, whooping cough, poliomyelitis (polio), measles, mumps, rubella, Haemophilus influenzae type b (Hib) and hepatitis B. All of these diseases can cause serious complications and sometimes death.

Immunisation is given as an injection or, in the case of polio vaccine, taken as drops by mouth. Immunisation helps children stay healthy by preventing serious infections.

Technically ‘vaccination’ is the term used forgiving a vaccine - that is, actually getting the injection or swallowing the drops. ‘Immunisation ‘is the term used for the process of both getting the vaccine and becoming immune to the disease as a result of the vaccine. Most people use the terms ‘vaccination’ and ‘immunisation’ interchangeably but their meanings are not exactly the same because immunity follows vaccination in most, but not all, cases. For the purposes of this book, we have always used the term ‘immunisation’ because this is the expression most commonly used in the community.

How does immunisation work

What is in vaccines

How long do immunisations take to work?

In general, the normal immune response takes several weeks to work. This means protection from an infection will not occur immediately after immunisation. Most immunisations need to be given several times to build long lasting protection. A child who has been given only one or two doses of diphtheria-tetanus-pertussis vaccine (DTPa) is only partially protected against diphtheria, peruses (whooping cough) and tetanus, and may become sick if exposed to these diseases. How long do immunisations last? The protective effect of immunisations is not always life-long. Some, like tetanus vaccine, can last up to 30 years, after this time a booster dose may be given. Some immunisations, such as whooping cough, give protection for about five years after a full course.

Is everyone protected from disease by immunisation?

Even when all the doses of a vaccine have been given, not everyone is protected against the disease. Measles, mumps, rubella, tetanus, polio and Hib vaccines protect more than 95% of children who have completed the course. Three doses of whooping cough vaccine protects about 85% of children who have been immunised, and will reduce the severity of the disease in the other 15% of children (who have also been immunised), if they do catch whooping cough. Booster doses are needed because immunity decreases over time. Three doses of hepatitis B vaccine protect over 95% of children.

Why do children get so many immunisations

A number of immunisations are required in the first few years of a child’s life to protect the child against the most serious infections of childhood. The immune system in young children does not work as well as the immune system in older children and adults, because it is still immature. Therefore more doses of the vaccine are needed. In the first months of life, a baby is protected from most infections by antibodies from her or his mother which are transferred to the baby during pregnancy. When these antibodies wear off, the baby is at risk of serious infections and so the first immunisations are given before these antibodies have gone.

What are the side effects of immunisation

Why should I have my child immunised?

There are two reasons for immunising everyone in Australia:

2.If enough people in the community are immunised, the infection can no longer be spread from person to person and the disease dies out altogether. This is how smallpox was eliminated from the world, and polio has disappeared from many countries.

Medical student participating in a polio vaccine campaign in Mexico

Immunization can be achieved in an active or passive manner: vaccination is an active form of immunization.

Active immunization can occur naturally when a person comes in contact with, for example, a microbe. The immune system will eventually create antibodies and other defenses against the microbe. The next time, the immune response against this microbe can be very efficient; this is the case in many of the childhood infections that a person only contracts once, but then is immune.

Artificial active immunization is where the microbe, or parts of it, are injected into the person before they are able to take it in naturally. If whole, they are pre-treated.

The importance of immunization is so great that the American Centers for Disease Control and Prevention has named it one of the “Ten Great Public Health Achievements in the 20th Century”. Live attenuated vaccines have decreased pathogen city. Their effectiveness depends on the immune systems ability to replicate and elicits a response similar to natural infection. It is usually effective with a single dose. Examples of live, attenuated vaccines include measles, mumps, rubella, MMR ,yellow fever, vermicelli, rotavirus, and influenza (LAIV).

Passive immunization is where pre-synthesized elements of the immune system are transferred to a person so that the body does not need to produce these elements itself. Currently, antibodies can be used for passive immunizatiion. This method of immunization begins to work very quickly, but it is short lasting, because the antibodies are naturally broken down, and if there are no B cells to produce more antibodies, they will disappear.

Passive immunization occurs physiologically, when antibodies are transferred from mother to fetus during pregnancy, to protect the fetus before and shortly after birth.

Artificial passive immunization is normally administered by injection and is used if there has been a recent outbreak of a particular disease or as an emergency treatment for toxicity, as in for tetanus. The antibodies can be produced in animals, called “serum therapy,” although there is a high chance of anaphylactic shock because of immunity against animal serum itself. Thus, humanized antibodies produced in vitro by cell culture are used instead if available.

For further information Ministry of Heath Immunization Department,email to azadehhasan@yahoo.co.uk, text to 002207774469/3774469, or call to Dr Azadeh live health show every Tuesday at WEST COAST RADIO from 6-7 pm 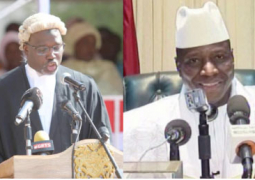