The Ministry of Environment, Parks and Wildlife, in collaboration with the Department of Water Resources and the UNFCCC Secretariat, on Tuesday kick-started a three-day national training forum with hands-on training on the execution of 2006 IPCC National Greenhouse Gas Emission inventories guideline for members of the inventory group and stakeholders of the national climate committee.

Held at NaNA conference hall, the training, which brought members from various units, was opened by the Minister of the Environment, Parks and Wildlife.

In her official opening remarks, Minister Fatou Ndeye -Gaye thanked all the members of the national climate committee, the UNFCCC Focal Point and secretariat as well as various national experts for their solid engagement in the development of the National Greenhouse Inventory Report (NIR) of the third National Communications of The Gambia.

She also went on to express her deep appreciation to their development partners and the national climate committee and in particular the media and communication experts for promoting The Gambia’s interest on issues of the environment and climate change.

The minister further stated that in the second national communications, The Gambia emitted about 20 million tons of carbon dioxide equivalence into the atmosphere in 2000, which represents only about 0.01 per cent of global emissions for the same year.

Minister Gaye asserted that food and nutrition security of The Gambia will be seriously threatened by climate change as the country’s crop production will reduce by about 30 per cent, availability and access to clean water will be reduced and about 92 square kilometers of the coastal zone, including Banjul, will be under water.

She also stated that as a thematic taskforce member on national GHG Inventory under the national climate committee, their main task is to develop the national Greenhouse Gas inventory in The Gambia.

“As the group consists of experts from relevant ministries, institutions and agencies of government and non-government organizations which form the membership of the NCC, you will have to ensure that specific tasks relating to the national GHG inventory is carried out in a timely manner and ensure efficient coordination of outputs of consultants and national institutions,” Minister Gaye said. 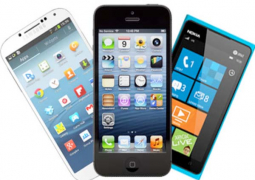