This decision has established a partnership between the facility and the Gambia Government through the Ministry of Forestry and the Environment.

The program will be implemented by the Department of Forestry for three (3) periods as an initial phase.

In his keynote address, the Minister for Forestry and the Environment, Honourable Momodou A. Cham said "we are today launching the National Forestry Programme signed between the Gambia Government and the FAO". He said its overall objective is to halt the rapidly degrading forest environment and the growing threat of desertification particularly in the Western and lower River Region of our country. He noted that as a result of continue deforestation in the country, this programme will empower communities with the legal security, skills and knowledge necessary to sustainably manage their natural resources and conserve the remaining biodiversity. He stated that the programme will also include agro-forestry scheme, in the North Bank Region and general awareness rising on forestry and environmental issues.

Hon Cham added that the project concept will be reviewed to take into account the views of the various stakeholders represented at the seminar. He also urged the participant to take the session seriously, noting that the outcome of the deliberations will play an important part in charting the way forward for the management of our forest resources.

For his part, the FAO resident representative Dr. Babagona Ahmadou said the National Forest Program Facility being launch in the was created over half a decade ago and has been operational in many countries worldwide. He added that it was created as a response to inter governmental dialogue and resolutions on forest, which have recognized the important role that National Forestry Programme play in addressing forestry sector issues.

Other speakers on the occasion included Mr Jatto Sillah, Director of Forestry. 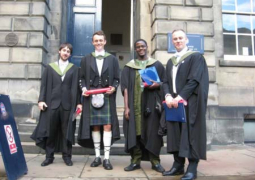