Njawara Agricultural Training Centre (NATC) and Agency for the Development of Women and Children (ADWAC) recently sensitized district authorities and landowners on women’s land rights in complementing government efforts in empowering women to have control over productive land.

The chief of Central Badibou, Alagie Jagne, expressed appreciation of the “timely and very important sensitization programme” for district authorities and landowners on women’s land rights in his district.

Chief Jagne was speaking recently in Njaba Kunda, at a district sensitization activity on the land rights campaign to advocate for landowners and district authorities to support women to have total ownership of land for vegetable production.

He announced his district’s full support to the campaign, and called on landowners to be vigilant in providing land to women.

He said if women have access and control over land, it would increase production and productivity and contribute to poverty reduction.

He noted that the project would support women in the registration of land at the Kerewan Area Council to legalize ownership.

She lauded women for their contribution to food production and socio economy development at all levels, and challenged alkalolu to provide productive land for women’s ownership.

The ADWAC Women’s Rights Coordinator asserted that SOLIDAGRO would continue to promote dialogue among women and land owners to ensure women have control over land.

He said raising public awareness on women’s access and control over land would help to have easy access to markets, and determine their own prices, adding that all land should be suitable for vegetable production, and be easy to reach.

Lamin Manneh of Kerewan Area Council noted that community should provide reserve land for future development of their communities.

He said the council would facilitate timely registration of land, and called on landowners to cooperate to accelerate the development.

Manneh applauded NATC and SOLIDAGRO for facilitating the payment at council level, noting that waiving of landowners liability to pay would enhance cooperation.

The community leaders have agreed to provide land to women and thanked NATC and ADWAC for the initiative. 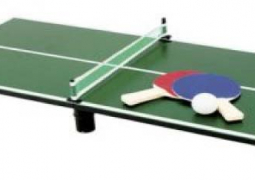