NAS FC, others sail to quarterfinal in Gunjur knockout

NAS FC, Commit FC and Oxford United FC are all through to the quarterfinal stage of the Gunjur knockout competition.

All three won their second round games played at the Gunjur Nyamina football field at the weekend.

NAS FC advanced to the quarterfinal after coming from behind to beat Asselem FC 2-1 in their second meeting in the competition at the weekend.

Asselem FC opened the score courtesy of a solo effort from striker Saikou Manneh in the 15th minute when he capitalised on a clear scoring opportunity.

Amadou Jatta, alias Terry, netted the second goal in the dying minute of the game from a superb header, which eventually proved to be the winner for NAS FC.

Oxford United FC progressed to the quarterfinal following their 4-3 post-match penalty shootout win over Gamcel FC, after a 2-2 draw in the regulation time on Saturday.

The reining league champions, Commit FC, booked their ticket to the quarterfinal after their 5-4 post-match penalty shootout victory over Late Ismaila FC after a goalless draw in the regulation time. 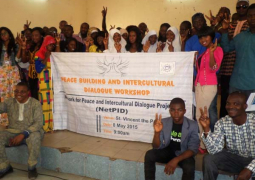 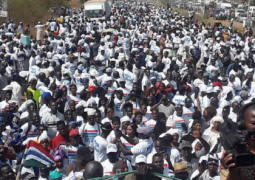