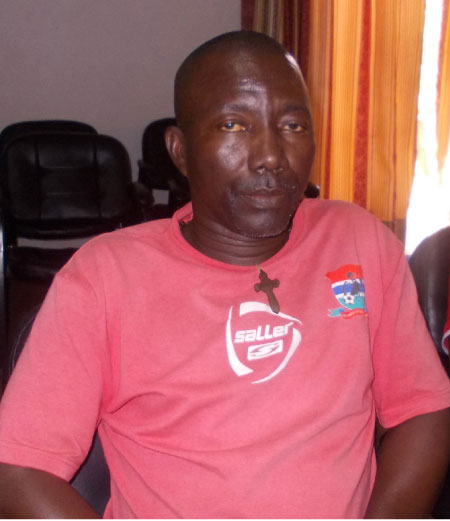 Winning convincingly at home to ensure a good finish in the return leg is key to the national team coach’s plan in Wednesday’s preliminaries of the African Cup of Nations qualifiers in Banjul.

Coach Bonu Johnson has set his sight on a convincing win over familiar rivals Algeria.

This, he believes, will help to take care of The Gambia’s long-standing weakness of overcoming opponents in Algiers after gaining the upper hand in Banjul.

“We will win comfortably on Wednesday to take care of our return leg as we are aware of the tricks they might play when we get on them at home,” he said during a pre-match press conference at the Seaview Hotel yesterday afternoon.

Coach Johnson is not only under pressure to win but is also faced with the challenge of keeping the country’s unbeatable record at home.

He has decided to focus on winning the Banjul game and later work on the finishing away battle, by ensuring that the Scorpions cross each bridge they reach. This tactical approach must first be applied at home, he says.

“We will apply our tactics on them. The players are ready for the task ahead. We don’t care about big names. Let me assure you that we will reduce them to nothing,” the former Gambia footballer said confidently.

Coach Johnson said further: “The team spirit is very high; it is just like a family re-union at the camp. We will do the hard work on the field. Be rest assured; we will not let you down.”

The Gambian coach, who was recently signed by the Ministry of Youth and Sports, had just one month to prepare the team that is set to face the Fennecs.

After his appointment as senior national team coach, Bonu, who has virtually coached almost the cream of the present team, has received positive response from Gambian footballers abroad following his invitation sent to them.

“I invited all the players across the board and later made a final selection of 20 players as part of my game plan,” said the 2007 African Youth championship bronze winner for The Gambia.

Coach Johnson, who was expecting another key and versatile player Pa Modou Jagne yesterday in camp, is assisted by Lamin Sambou, former U-17 coach.

The Algerian team, who were expected in Banjul on Monday, have their camp at the Ocean Bay Hotel in Bakau.