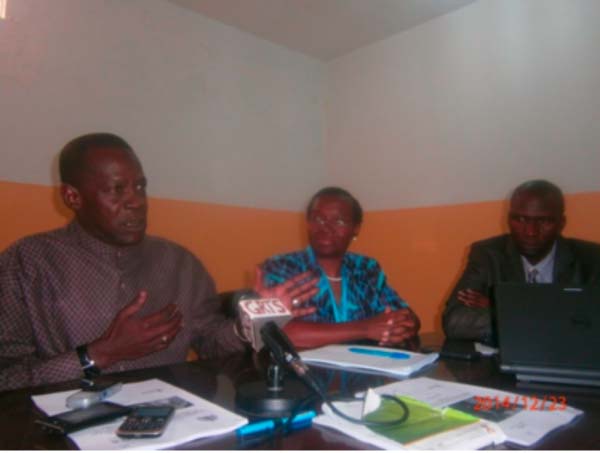 NaNA was contracted by WFP to undertake the two studies in NBR and CRR funded by the MDG1c Project.

The two surveys focused on establishing the nutritional status of children in lower basic schools and early childhood development centers, and on capturing information on the knowledge, attitude and practices of communities as they relate to improved nutrition.

Victoria Ginja, WFP country representative, said it was evident that good nutrition is a foundation for growth, social and economic development, adding that they must recognize that food production alone does not translate into better nutrition.

The EU support to the MDG1c project aims to use every-day strategies to reduce hunger by combining different tools, through support to school-feeding, and the project underscored the importance of optimum nutrition in promoting the course, she said.

She added that the project seeks to empower communities with skills, tools and the knowledge to better feed themselves.

It means school feeding is an entry point for change towards promoting community behaviour and attitude to improve child and maternal malnutrition and health, she said.

According to Ms Ginja, these efforts would help in breaking the cycle of malnutrition and, therefore, understanding the commodities of nutrition practice on the ground contributes to improve nutrition that was necessary for better programming. WFP in partnership with the Ministry of Basic and Secondary Education and NaNA conducted these two localized, but very important studies, for the first time in The Gambia to provide the baseline information required to assess any changes brought about by the EU MDG1c project, she stated.

The information generated would be useful in the formulation of the right information for nutrition education in schools and in the community, she noted.

Modou Cheyassin Phall , Executive Director of NaNA, said they gathered to validate two sets of documents, and that this was a kind of a paradigm shift from the usual studies they used to do.

Most of the studies they conducted were based on children under 5 years, because that was where they thought the burden of malnutrition was lay, and where they could make a change to improve child nutrition, he said.

He added that some children were born with low birth weight, they continued with it and maybe become underweight or stunted through the years, when they are supposed to growing correctly.

They also transit with it into their adolescence and adulthood, and it becomes a lifelong and sometimes has inter-generational effects.

It was not a bad idea from time to time to assess the nutritional status of the general population, to know where the burden of malnutrition lies; because if they do not do that those children would continue to grow up malnourished and would not be nourished, he added.

He said if they assess from time to time, especially the school-going children, that would help the education department and would also help the country.