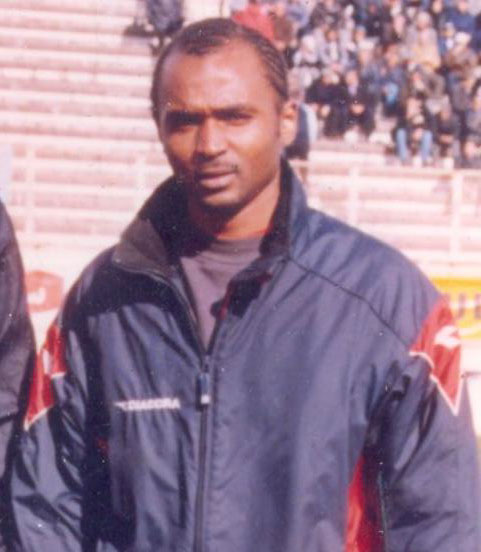 Steve Biko combative midfielder, Mustapha Sarr, has sustained an injury and is expected to be sidelined for at least three weeks.

The former Scorpions star has been out of action since Biko's narrow one-nil loss to neighbours Bakau United when he picked up a knee-injury in training. During that time, Biko has been struggling to do well.

They only managed 5 points out of 5 games played, with only 6 games left to complete the first round, leaving the 2001 FA Cup champions struggle at the relegation zone as the table stands.

The 27-year-old who said he was desperate to return to action, is upset by the team's poor run of form in the league.

"I definitely want to resume training but things are out of my hands due to a knee problem," he told Pointsport at his residence in Fajara last Tuesday. He stated further, "I hope and pray that everything gets better so as to help Biko win their first ever GFA Division 1 League title."

He urged his team mates to stand strong and fight with their lives to bring glory to the team.

The 27-year-old made no secret of his desire to once again return to professional football.

It could be recalled that Mustapha Sarr has signed a five year professional contract with the Tunisian side Stade de Tunisien, from his local side Steve Biko in 2001, where his sublime volley goal helped Tunisian club win their first FA Cup title in 60 years which he revealed was voted as goal of the month by the Tunisian FA in 2001.

The versatile attacking minded player moved to another Tunisian side Stade de Bizerte after his contract with Tunisien expired in 2006.

He has made a total of 38 appearances for Stade de Bizerte scoring 11goals where the midfielder signed only one season in 2007.

He switched to a club in the United Arab Emirates in 2008,where he wrapped up his professional career.

Senghore bounces back as Minister of Higher Education