Amie Cherry, another - born female musician in the making, started music at a tender age endowed with fluid voice and exceptional stage presence.

Speaking in an interview with 'Entertainment' recently at the City Limits Radio Station, Amie Cherry said that she is involved in music and at the same time is an actress and a radio presenter. Some of the singles she has produced are presently enjoying prime airplay on local radio stations and television, prominent among them are president promotion, HIV and AIDS, and girl child education, respectively. Owing to lack of financial support, The Banjul-born musician has still not released an album.

Comparing Gambian artists with their Sensgalese counterparts, Amie Cherry calls on all Gambians to join hands and support their Gambian artists. Touching on the congress which was held at the Paradise Suites Hotel, the female musician said the aim of the congress is to bring all artists in the country together as one. She advised those artists who normally copy their own counterparts' songs to desist from such practices and to create their own music. She however pointed out that all cannot be musicians but instead some can look to other things.

Amie Cherry went further to thank the Gambian leader for supporting Gambian artists noting that if others emulated the president, then the music industry would not face the difficulties it is now facing. 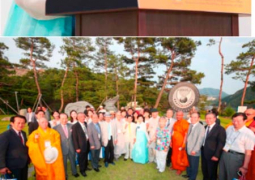