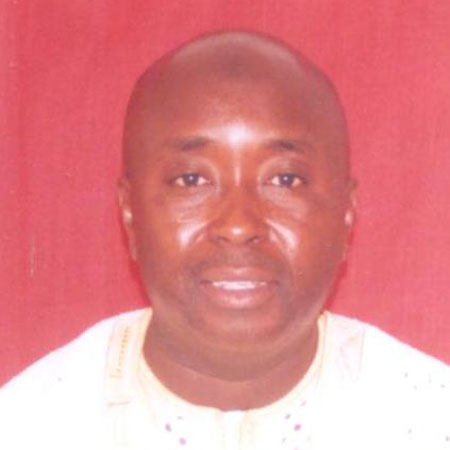 The global financial system is facing turbulent times, and the international financial markets are uncertain, and volatility continues in the world market.

Here Musa Bassadi Jawara harps on the demise of Western Capitalism and what's in it for Africa. Please read on:

Since there have been cataclysmic changes in the world's economic and financial systems. Wall Street collapsed literally and figuratively and with it, spelt in broad strokes, the colossal failure of the capitalism system, a.k.a., the free market system. The positive cascading effect from this crisis, made possible, the election of Barack Obama as the president of the United States, which has hitherto been a dream and would have met the dreamer in his grave in Atlanta, Georgia with surfeit ecstasy.. The incessant inferno from Wall

Street, almost instantly engulfed the U.S. financial markets; and from Tokyo, London, Berlin and Europe at large, South-East Asia to the nook and cranny of every financial capital on the globe, the financial and economic devastation is of the Himalayan magnitude. As the fall out from Wall Street become more and more macabre, amid tremendous consternation in Washington, former president George W. Bush jettisoned the free market principle and directed the Federal intervention, in the free market system the size and scope never been seen, since the great depression. For George Bush, this was in direct contravention to his party's ideological orthodoxy.. mind boggling and baffling ... The raison d'être of the very survival of a people is on the line, who said political ideology and dogma would not be contemptuously brushed aside.? The late President Truman of the United States advised the American people that they should eat less bread and thus save the much-needed grain for starving Europe. He added that Americans would not lose in health by the recommended act of self-denial. A tremendous philanthropic gesture by President Truman, but occurring at the same time, Africa had been devastated by famine more severe in scope and lethality than in Europe. This demonstrates, the duplicitous policy toward Africa did not start today. Joseph Stieglitz, a Nobel Laureate, resigned his position as chief economist from the World Bank in protest of the Bank's condescending policies toward the developing world, particularly Africa. Given this lacuna and sordid motives exhibited by the West and Breton Woods institutions of dereliction and incessant pauperism of Africa, a new economic mechanism must be fashioned to meet the challenges and needs of Africa.

As the G-20 nations met to discuss the crisis in London last week, so should the African Union! The clarion call by the current Chairman of AU, Colonel Gaddafi, a dynamic leader, the need for strategic partnership and economic integration in Africa is not only necessary, but must be done and spoken in economic parlance that the West has hitherto never seen. America started to heed the civil rights demands by Dr. King and others, when there was the threat of economic boycott from the Negroes all across America. Africa has the resources and the raw material that make the Western industrial machine tick; therefore, there is power within and must command a sway in a G-8 or G-20 economic round table!

To conclude with the local financial system: there is a plethora of commercial banks in The Gambia, the growth of which must be curbed or will be anathema to the restoration of economic and financial health of this country. The same is true of cellular phone companies and the resources and energy put forth here, can be directed in more resourceful ventures for the betterment of society. The brandishing of cell phones by the indigenous all across the country and the debauchment of social and concomitant economic ills, is the vogue of our day. There is need for redress.

Thank you for reading through.

Musa Bassadi Jawara is a US-Gambian trained enonomist. He was the Point's 'Personality of the Week' some two weeks ago.

Two drown at sea in Brufut