The Special Criminal Court recently acquitted and discharged one Sulayman Jallow on a charge of murder.

In his judgement, the trial judge stated that the accused, Sulayman Bah, was charged with one count of murder and the particulars of offence revealed that on 1 December 2006, at Manjai Kunda, the accused caused the death of one Modou Bah by hitting him with an iron bar on his head.

The trial judge ruled that it was not mandatory for the accused to give evidence, adding that for the offence of murder to be proven, it must be established that the accused caused the death of the deceased.

He added that no medical certificate was tendered in court to show that the death of the deceased was caused by the accused, saying the witnesses called by the prosecution were not present at the scene of the crime.

The prosecution had woefully failed to prove their case, the trial judge said before acquitting and discharging the accused person. 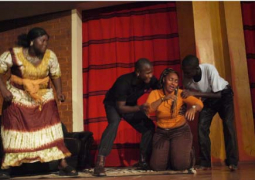