, Baobolong Wetland Reserve and Tanji Parks Forest Committees has once again held its general meeting from 4 to 6 June 2009 at the various parks.

Speaking at the various meetings, Mr. Kawsu Jammeh, the PoWPA Project Co-coordinator spoke at length on the importance of the meetings, adding that the purpose of the meetings was to educate the parks committees of their roles and responsibilities in environmental conservation.

According to Mr. Jammeh, Alkalolu are very important in the committees, hence their local authorities can help enforce laws and even create bi-laws that would govern the usage of their natural resources.

Noting that trees are very important in ecosystem, he said, no body is authorised to cut them.

He stated that the introduction of ken saw machines had led to the exploitation of the forest cover, resulting in land degradation and erosion.

Jammeh also advised the committees to conduct themselves so as to prevent bush fires and embark on patrol to monitor their natural resources for the benefit of generations to come.

For his part, one Momodou Samateh revealed that since last year the committees have been doing their best to protect the parks from malpractice. He underscored the need for the committees to be sensitised to know the importance government attaches to environmental protection.

As according to him, biodiversity in general is a concern, and that people need to be sensitised so that they can take part in the struggle to protect the environment. 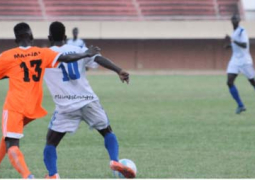