Justice Joseph Enwa Ikpala of the Special Criminal Court yesterday convicted and sentenced one Yusupha Conteh, a resident of Bakau Wassulung Kunda, to death for murder.

In delivering judgment, Justice Ikpala stated that the accused person was charged with the offence of murder.

He said according to the particulars of offence, on 13 November 2009 at Bakau Wasulung Kunda, Yusupha Conteh caused the death of one Mustapha Camara with malice aforethought by hitting him with a wooden plank.

The trial judge further stated that the convicted person admitted inflicting injuries on the victim by hitting him with a wooden plank, adding that both the prosecution and the defence agreed that the victim was found lying at the gate of the convict's compound.

He also stated that the convict admitted stabbing the victim with a knife, and hitting him with a wooden plank several times.

The judged said he agreed with the prosecution that the accused committed the offence, because he had confessed in his cautionary statement, and that he was convinced that the prosecution had proven their case beyond all reasonable doubt.

He added that the facts adduced by the prosecution were corroborated, and supported the charge against the convicted person, and consequently found him guilty of the offence charged.

He subsequently conicted and sentenced him accordingly, after the plea of mitigation by his defence counsel.

The voice of unity - Part III: roots of division 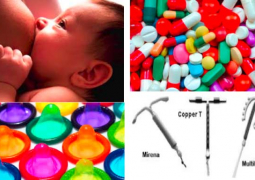