The head coach of The Gambia National U-17 team, Tarik Siagy, has said that his team is preparing well in advance of the 2009 CAF U-17 Cadet Championship to be hosted by Algeria early next year.

Coach Siagy made this remarks yesterday at their training session at the Independence Stadium in Bakau and he revealed that he has confidence in his boys that they will perform to expectation in Algiers come March next year.

He further revealed that they have invited a series of new players from the ongoing Baby Muhammed Yahya Jammeh's Super Nawettan Championship in order to select a team that can bring glory to The Gambia.

According to Coach Siagy, the team will play a series of test matches before the tournament proper kicks-off.

"I am optimistic that, I and my, colleagues will do everything to make sure we bring trophy to The Gambia and also qualify for FIFA U-17 World Cup," Coach Siagy said.

He appealed to Gambians to come out and support the team both morally and financially so that we can perform well in Algeria.

"We need support from the general pubic and the private sector to come forward and support the team so that we can realise our dreams and aspirations".

It will be recalled that Gambia U-17 made it to CAF U-17 Cadet Championship 2009 after defeating Ghana U-17 2-0 in the return leg in Banjul. The Gambia qualified on the away goal rule. 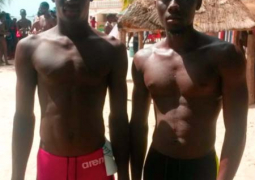