Magistrate Fatou Jeng of the Banjul Magistrates’ Court yesterday transferred the murder case involving one Aji Suwareh, a resident of Tabokoto, to the Special Criminal Division of the high court in .

When the case was called, the prosecuting officer, Cadet Superintendent Manneh, told the court that the case was just for mention considering the nature of the offence the accused person was alleged to have committed.

He added that the lower court lacked the jurisdiction to hear the murder case, and applied for the case to be transferred to the high court’s Special Criminal Division.

According to the particulars of offence, Aji Suwareh on 24th August 2011 at Tabokoto village in the , stabbed one Fatoumata Touray with knife on her chest and, as a result, caused her death and thereby committed an offence.

State given ultimatum in Femi's case 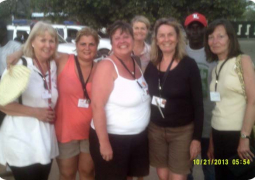