THE PROPHET OF ISLAM

But what is the correct faith from which right action spontaneously proceeds, resulting in complete satisfaction? Here the central doctrine of Islam is the Unity of God. There is no God but the one God, that is the pivot from which hangs the whole teaching and practice of Islam. He is unique not only as regards His divine being, but also as regards His divine attributes. As regards the attributes of God, Islam adopts here as in other things too, the law of the golden mean. It avoids on the one hand, the view of God which divests the divine being of every attribute and rejects, on the other the view which likens Him to things material. The Qur’an says, on the one hand, there is nothing which is like Him; on the other, it affirms that He is Seeing, Hearing, Knowing.

He is the King who is without a stain of fault or deficiency, the mighty ship of His power floats upon the ocean of justice and equity. He is the Beneficent, the Merciful. He is the Guardian over all. Islam does not stop with this positive statement. It adds further what is its most special characteristic, the negative aspect of the problem. There is alone no-one else who is guardian over anything. He is the mender of any breakage. He is the restorer of any loss whatsoever. There is no god but the one God, above any need, the Maker of bodies, Creator of souls, the Lord of the day of judgement and in short, in the words of the Qur’an: “Say! Call upon Allah, or call upon Rahman. Whatever name you call Him, (it is well) for to Him belong the most beautiful names.” (Holy Qur’an 17:110)

POSITION OF HUMAN BEINGS IN CREATION

But in relation to God, the Qur’an says: “He (Allah) it is Who has created death and life, that He may test as to which of you is best in deed. And He is exalted in might, oft-forgiving;” (Holy Qur’an 67:2)

In spite of free-will, which he enjoys to some extent, every man is born under certain circumstances and continues to live under certain circumstances beyond his control. With regard to this, God says, according to Islam, it is My will to create any man under conditions that seem best to Me. Cosmic plans finite morals cannot fully comprehend. But I will certainly test you in prosperity as well as in adversity, in health as well as in sickness, in heights as well as in depths. My ways of testing differ from man to man, from hour to hour. In adversity, do not despair and do not resort to unlawful means. It is but a passing phase. In prosperity, do not forget God. God’s Gifts are given only as trusts. You are always on trial; every moment on test. In this sphere of life “there is not to reason why, theirs is but to do and die.” If you live, live in accordance with God; and if you die, die in the path of God. You may call it fatalism. But this type of fatalism is a condition of vigorous increasing effort, keeping you ever on the alert. Do not consider this temporal life on earth as the end of human existence. There is a life after death and it is eternal. Life before death is only a connecting link, a door that opens up the hidden reality of life. Every action in life, however insignificant, produces a lasting effect. It is correctly recorded somehow.

THIS LIFE IS PREPARATION FOR THE HEREAFTER

Some of the ways of God are known to you, but many of His ways are hidden from you. What is hidden in you and from you in this world will be unrolled and laid open before you in the next. The virtuous will enjoy the blessings of God which the eye has not seen, nor has the ear heard, nor have they entered into the hearts of men to conceive of them. They will march onward, reaching higher and higher stages of evolution. Those who have wasted opportunity in this life, shall under the inevitable law, which makes every man taste of that he has done, be subjected to a course of treatment of the spiritual disease which they have brought about with their own hands. Beware, it is a terrible ordeal. Bodily pain is torture, you can bear it somehow.

Spiritual pain is hell, you will find it unbearable. Fight in this life itself the tendencies of the spirit prone to evil, tempting you into iniquitous ways. Reach the next stage when the self-accusing spirit in your conscience is awakened and the soul is anxious to attain moral excellence and revolts against disobedience. This will lead you to the final stage of the soul at rest, contented with God, finding its happiness and delight in Him alone. The soul no more stumbles. The stage of struggle passes away. Truth is victorious and falsehood lays down its arms. All Complexes will then be resolved. Your house will not be divided against itself. Your personality will get integrated round the central core of submission to the will of God and complete surrender to His divine purpose.  All hidden energies will be released. The soul then will have peace. God will then address you, “(To the righteous soul will be said :) “O (you) soul, in (complete) rest and satisfaction! Come back to your Lord – well pleased (yourself) and well-pleasing to Him! Enter you, then among My devotees! You, enter my heaven!”

This is the final goal for man: to become on the one hand the master of the Universe and on the other to see that his soul finds rest in his Lord, that not only his Lord will be pleased with him but that he also pleased with his Lord. Contentment, complete contentment, satisfaction, complete satisfaction, peace, complete peace, will result. The love of God is his food at this stage and he drinks deep at the fountain of life. Sorrow and frustration do not overwhelm him and success does not find him vain and exulting.

Thomas Carlyle, struck by this philosophy of life writes: “And then also Islam, that we must submit to God; that our whole strength lies in resigned submission to Him, whatsoever He does to us, the thing He sends to us, even if death and worse than death, shall be good, shall be best; we resign ourselves to God:” The same author (Carlyle) continues, “If this be Islam”, says Goethe, “do we not all live in Islam?” and Carlyle himself answers this question of Goethe, “Yes, all of us that have any moral life, we all live so. This is yet the highest wisdom that heaven has revealed to our earth.”

Carlyle continues: “The word of such a man (Muhammad) is a voice direct from nature’s own heart; men do and must listen to that, as to nothing else; all else is wind in comparison….”. 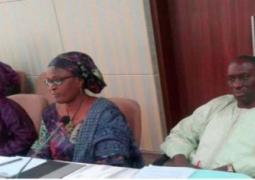