The ex parte motion filed on behalf of Assan Touray, Chief Technology Officer of Pristine Consulting Company, a loca IT firm, seeking a review by the Special Criminal Court of bail bond imposed on him by vacation judge Justice Awa Bah was yesterday struck out.

It would be recalled that vacation judge Justice Awa Bah set bail for Assan Touray at 10 million dalasi with two Gambian sureties, who must each possess landed property worth ten million dalasi.

However, following an application by defense counsel Mary Samba for the court to strike out the said motion, the trial judge struck it out and urged the defence counsel to file a proper motion to challenge the review of the bail application.

Touray was challenging the bail condition imposed on him by Justice Awa Bah at the Special Criminal Court before Justice Ikpala, who did not hear the said motion on the grounds that it was improperly before the court.

Touray, who is yet to fulfill the bail condition, is currently remanded in custody at the State Central Prison.

Assan Touray, and his brother Abdourahman Touray, Chief Excecutive Officer of the same company, were indicted by the state on two counts of economic crimes.

Assan Touray had denied the charges, when read to him during an earlier appearance at the high court in .

According to the charge sheet on count one, the accused persons, between 20th April 2009 and 10th March 2011, being the persons engaged in the processing of the Biometric ID card and other official documents produced, sold and intentionally withheld the sum of twenty-seven million, six hundred and one thousand and ninety dalasi and thereby caused loss to the government.

The second count read that the accused persons, Pristine Consulting, Assan Touray and Abdurrahman Touray, being the persons engaged by the Gambia government to produce and supply finger scanning machine and accessories, intentionally failed to produce and supply as required and thereby caused an act detrimental to the economy of The Gambia.

Count three stated that between 20th April 2009 and March 2011, the accused persons conspired to deceive the public by printing and selling Gambian biometric ID cards and driving licence, residential permit.

Count four stated that the accused persons, Pristine Consulting, Assan Touray and Abdourahman Touray, on 20th April 2009 received on behalf of the government of the twenty-seven million, six hundred and one thousand and ninety dalasi. 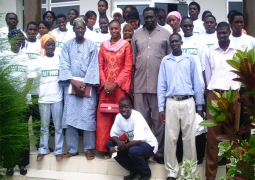 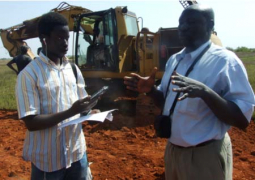 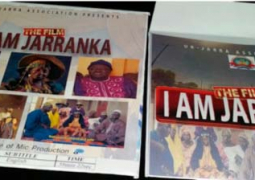