The amendment of the Motor Traffic Act by the National Assembly could not have come at a better time than now as the country has experienced a lot of fatal road accidents.

We agree with the Secretary of State for the Interior that there has been an increase in the number of vehicles and persons involved in road traffic accidents which are often ghastly or fatal, most especially in the Greater Banjul Area.

With the rate of accidents on our roads on the rise, the Department of State for the Interior has taken issues upon itself to come up with the bill to curb the increasing number of accidents in the country.

But we disagree with the provision of the bill that allows the use of hand-free phones while driving. We insist that there should be a total ban on phone use while driving, whether hands-free or not. It is our view that though the hands matter when driving, it is the state of the mind of a driver when he is behind the wheel that counts most. If he or she loses concentration due to a phone conversation, hands-free or not, an accident could result.

The next step is for the Department of State for the Interior, together with the Department of State for Communication, Information and Technology, to launch a massive publicity campaign to raise public awareness. This can be done through the mass media - radio, television, and newspapers. They can also use posters and billboards. And more than that, the publicity should also be done in the local languages so that it could have more reach and a greater impact.

At the core of the campaign is the point that the general public should also understand that the law is not out to victimise anyone. By contrast, it is meant to protect and safeguard everybody.

"To pass a law and not to have it enforced is to authorised the very thing you wish to prohibit." 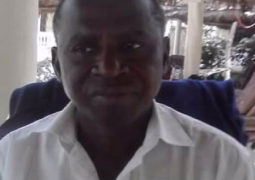