Principal Magistrate Joseph Ikpala of the Kanifing Magistrates' Court recently acquitted and discharged Oumie Mboge and Saikou Sonko who were standing trial on charges of housebreaking and stealing.

In his judgment, the presiding magistrate stated that the accused persons are charged with housebreaking and stealing. Both of them pleaded not guilty.

According to him, the prosecution had called six witnesses, while the accused persons called five witnesses to testify on their behalf.

He went on to review the evidence of both the prosecution and defence.

The presiding magistrate further stated that the evidence of the prosecution witnesses had fall short to prove their case beyond all reasonable doubt as required by the law.

Consequently, he acquitted and discharged the accused persons, as he put it, the prosecution had woefully failed to prove their case. 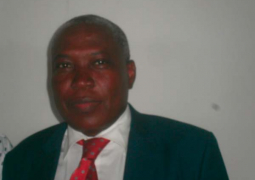