Since the whole nomination process was conducted in the spirit of fair play, any attempt to erode this during the congress must be avoided.

In any case, Gambians would like to see more work done in developing grassroots football across the length and breadth of the country.

The camaraderie that characterised the GFA over the past four years must not be allowed to disappear into thin air during the congress.

This does not suggest in any way that those at the helm of affairs in the GFA are the only competent football administrators in the country. For the presidency, it seems Seedy MB Kinteh, the incumbent, will have another mandate after being unopposed during the nomination which closed on 17th December 2009.

Whatever is the outcome of today's congress will be on record for now and posterity.

Club representatives should be extra vigilant in voting in a new executive members into office, as what the country needs at this point in time is seasoned and committed sports experts able to run the affairs of the association. The election should be done without fear or favour.

In fact, it is high time for the GFA constitution to be amended to allow clubs to vote for their own choice, as happens in other countries.

Meanwhile, the incoming executive will have to bear in mind that in the struggle for a better sporting nation, dialogue and consultations should take precedence over trivialities.

In recent years, football has come to be showcased as one of the sporting events most effective in uniting people and selling the image of the country.

We, therefore, call for the election of genuine people, who are committed to developing the nation's youth through sports, and not only those with the powers to canvass votes.

While some may be re-elected into office, there is no doubt others must go. We, therefore, call on those lucky to join the GFA executive to come on board prepared to work with the old colleagues to take Gambian sports to higher heights.


"Sport strips away personality, letting the white bone of character shine through". 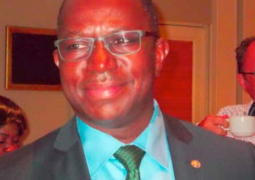 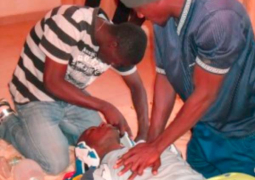