The Gambia has suffered another major dent in their quest for World Cup berth in 2014.

It’s the second time in two weeks that the Scorpions have conceded five goals in Banjul and Marrakech.

The Atlas Lions masterminded a tricky start to onslaught themselves on the Scorpions when Abdel Aziz Barrada netted for the home side in the early 3rd minute of play.

As it was not enough for the Atlas Lions, another thunderous shot fired in by Yousuf El Arabi was caught out by Bubacarr Sanyang eight minutes after the first assault.

The Scorpions were adjudged to be hesitant but after a brief composure in the middle, Demba Savage and Sulayman Marreh rolled up for Sanna Nyassi who returned the favours to Savage in the 14th minute just by the edge of the area but his shot was neatly caught by Amsif.

The Scorpions ambitions continued for Ali Sowe after captain Ahmed Kantari’s loose ball was picked up at the back but Ali’s dribbling was missed before he could shoot just half way into the period.

The Scorpions will miss out Sanna Nyassi in September after he picked up his second yellow card in bringing down Issam Adoua.

Before the break, both sides made moves for further onslaughts especially the home side who witnessed only a sizeable crowd at the Marrakech Grand Stadium.

Morocco returned to the terrain with high hopes of increasing their tally and just after two minutes of resumption, The Gambia’s net was shaken but was immediately disallowed by referee Muhammed Husien Fadil.

The omen became worse for the Scorpions when Montpellier forward Younes Belhanda increased the margin to two for a comfortable standing.

Belhanda’s coiling strike was received with a high note from the stands after the Moroccans cleared The Gambia’s defence even with the strongest effort of defender Omar Colley who was picked among the few as hero for the visitors.

The Scorpions were to restore hope after the ball was neatly placed to be converted by Pa Modou Jagne in the 52nd minute.

Nda’s penalty was a nightmare when he placed it wayward without goal keeper Muhamed Amsif making a move.

With the introduction of Hamza Barry, Saloum Faal and Mustapha Jarju, play was a little okay for the Scorpions with few threats at upfront and two major strikes from the GPA midfielder one that earned The Gambia a corner kick.

But with all efforts for The Gambia, no goal was registered and the Atlas Lions ended the show on a high note of two nil against the Scorpions.

The Gambia still rests bottom of the table on one point. 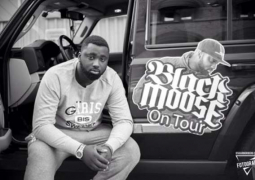 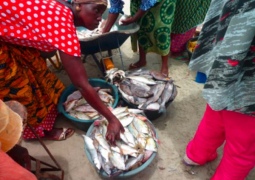