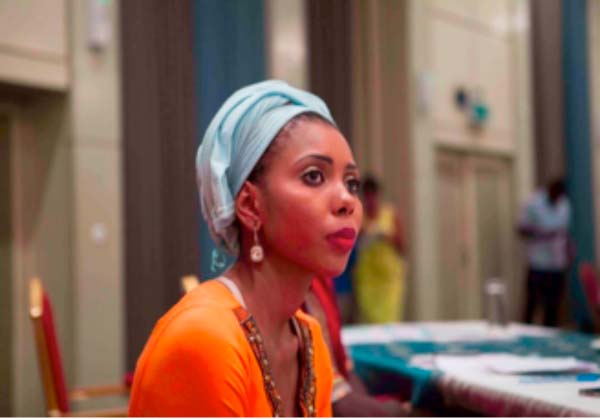 The ban on Female Genital Mutilation (FGM) declared yesterday by President Yahya Jammeh on his present countrywide tour has been welcomed by various anti-FGM activists in The Gambia, including the Guardian newspaper coordinator, who is in the country to support a campaign against FGM organised by Safe Hands for Girls.

“This is a great announcement; it is also a great step in the right direction,” Lisa Camara, coordinator of the Guardian, said in an interview with The Point newspaper.

Lisa, who said she is still trying to put herself together after hearing the news announced on state TV and radio last night, remarked:“It was really unexpected; I did not see it coming up and a lot of activists did not see it too.”

Despite the banning of FGM, Safe Hands for Girls is not relenting in its campaign against the practice as, according to Lisa Camara, the ban has just set the pace for a renewed campaign in the journey to end the practice.

Lisa said her organization has a lot of sensitization to do even with the ban in place.

The President has added his voice in the fight against FGM in The Gambia, but this is just the beginning, as it takes getting the law in place that would ensure it is legally banned.

“Getting people also to understand its banning is another thing, as The Gambia is a small country where everybody is related in one way or the other, and we do not want people to start getting arrested,” she said.

“What we want is to get people engaged in dialogue and explaining to them why the President has joined the campaign.”

She further stated: “I believe now is the time that all activists should come together and sensitize the people in our villages and at community level on the main reason for the banning.”

On behalf of the Guardian, she thanked President Jammeh, saying: “I know he cares about women’s rights and children’s health, which he has shown. We really appreciate him adding his voice to this fight. And on behalf of myself and Safe Hands for Girls and all activists in this country, I say a big thank you to him. I also thank everyone that has supported the campaign so far. ”

Maria Saine, the programme officer for Safe Hands for Girls, said “it is a right step and a good foundation for all activists that have been working on FGM, and I believe this is just the beginning of activities at ending FGM because what the campaign has been lacking for several years is the political will, and now we have the support of His Excellency the President and his government; so we believe that with his support we will be able to end FGM in this generation.”

She pointed out that she expects people to use this development as a big opportunity and a tool in their advocacy, “because with the support of the government and with the political will I believe there is a lot we can do.

“People in this country believe in the President; they believe in what he does, and having this ban in place would let people finally be able sit down and think that FGM is really a harmful traditional practice.

“The President has for a very long time spoken about and made his stance clear about violence against women; so we believe that his coming out in public to ban FGM will help advocates in the long run.”

Ms Saine said they would continue the campaign against FGM, since even with the ban in place the practice might continue in closet, as has been happening in other countries across Africa.

“On behalf of everyone in Safe Hands for Girls and our executive director, I would like to say a big thank you to the President and his government,” she added.

Hell on earth in Italy for Gambian migrants