The two women’s rights activists were alleged to have  some time in 2009, in and diverse places in The Gambia, jointly stolen 30,000 Euros being money provided by the YALOCAMBA SOLIDARIDAD of .

As youth programme coordinator, he helped the team in preparing proposals to Yollocambai Solidardad based in , adding that he participated in the project from the start to the end.

He added that Gamcotrap was never engaged in lending money, as it was not part of their mandate to lend money to people.

Mr. Dibba added that the proposal they sent did not indicate any thing about micro-finance, but instead for Alternative Employment Opportunity (AEO).

He further stated that Gamcotrap happened to have contacted Yollocambai Solidadridad in 2007, through two sisters who said they learned about the work of Gamcotrap.

Dibba said that upon their return to , they submitted the proposal to two regional organizations and communities of .

He added that after the sisters left with the proposal, Sucuzi came to The Gambia and said they needed extra information. Then Gamcotrap wrote 14 pages of extra information for the project, adding that in page 4 of the said report, Gamcotrap indicated the economic situation of female circumcisers.

He added that in early 2009, they were told that their proposal had being approved, and that they were expecting Baikony and Sucizi, but instead Sucuzi came alone.

He said Gamcotrap told her that they are not a micro-finance institution, but instead are engaged in women’s rights activities, and the contract document was later discussed and they agreed to change micro-finance to Alternative Employment Opportunity (AEO) so that woman circumcisers could have something to do as their means of survival instead of practising FGM. 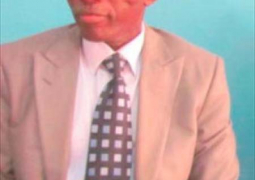