More prosecution witnesses have continued to testify at the Special Criminal Court in the trial of the seventeen rebels from the Southern Senegalese Region of Casamance charged with unlawful possession of firearms and unlawful entry into The Gambia.

Testifying before the court, the third prosecution witness, Lt. Ousman Bojang, a military officer attached to the First Infantry Battalion at Yundum Barrack, told the court that in October 2010, while in Bullock camp, they had a gunshot and he informed his commander about it.

He added that his commander ordered him to go and see what was happening and he then left with his team to Bajana, where they were informed by the villagers that there were some armed men loitering around their rice field.

Lt. Bojang further adduced that he proceeded with his team to the said rice field, but they could not sight any of the accused persons.

He revealed that Lt. Abdou Jatta, who was left hiding in the other side, called and informed him that twelve of the rebels had been arrested within The Gambia.

“The accused persons later led us to the place where they hid their weapons,” he explained.

The witness adduced that the following day he was informed that two of the rebels were housed at Bessen village in The Gambia in a compound called Colley Kunda.

“I left with my team to Colley Kunda, where we arrested two rebels namely Zakaria Jatta, the 1st accused, and Tumani Manga, the 14th accused,” Lt. Bojang disclosed.

He added that the two rebels led them to the place where they hid their weapons at Bajana and they recovered some of the weapons and took them to the NIA, adding that no document was found on them.

Lt. Bojang told the Special Criminal Court that it is illegal for someone to enter The Gambia without legal document, maintaining that the two rebels arrested in The Gambia were without any immigration document.

“On 4 October 2010, while I was at Bullock, I heard the information that one among the rebels was on his way to Serrekunda,” he added.

“My team then rushed to Bullock checkpoint where one of the suspects was arrested by the name Aziz Kujabi, the 17th accused person, with his motorbike with registration number MC 2210,” he explained further.

He stated that the accused also admitted that he was not with a document at the time. 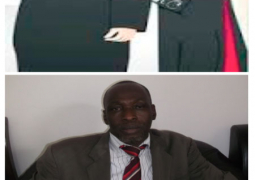 It’s good to invest in The Gambia 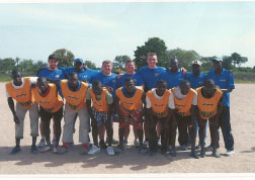