More than 2,600 Gambians have entered Italy through the Mediterranean Sea from 2014 to June 2015, a report from the Italian immigration department has indicated.

The majority of these people are mainly male youths, between the ages of 18 and 47.

The 2,600 did not include Gambians who died in the seas to Italy, and those in the camps who disguised their nationality.

The majority of undocumented Gambians in Italy are averagely educated and could communicate in English, the Italian immigration report stated.

It said many of the migrants were also employed in their country of origin – The Gambia – either as entrepreneurs or otherwise.

The report bemoaned “an uncontrolled increase” in the number of unaccompanied minors seeking asylum from The Gambia.

The smallest West African country is one of the main sources of undocumented migrants to Italy, according to the report.

All the Gambians in Italy are seeking asylum, but immigration lawyers said they found it “extremely difficult” to defend Gambian asylum seekers.

As a result, 73 per cent of all asylum seekers from The Gambia were rejected outright, the Italy immigration report stated.

There are numerous reasons for the outright rejection of the Gambians, but one main reason is that there is no widespread civil or political war in The Gambia that can warrant such exodus of Gambians to Italy as asylum seekers.

The Point correspondent in Italy said the good and better life prospects of the undocumented Gambian migrants in Italy continue to be “highly unattainable dream” considering the bad economic drama that engulfs the West.

The majority of the member countries of European Union have already labelled the undocumented migrants as sources of economic, political and social threats and are closing their doors before them.

Many EU governments do not support efforts to improve services at the migrant camps at the expenses of their own citizens, though some NGOs and philanthropists continue to extend a helping hand to the indefinite campers.

In Italy, the labour of undocumented migrants is highly disregarded, undervalued, underutilised and badly exploited where used.

Many human rights organisations, including Amnesty International, have raised eyebrows about the “inhumane living conditions” of most of the migrants at the camps. 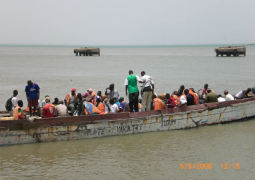