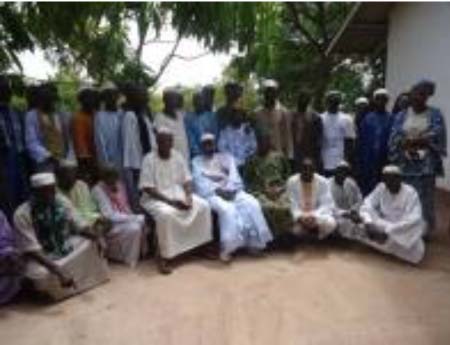 The Gambia Committee on Traditional Practices Affecting the Health of Women and Children (Gamcotrap), with support from Save the Children International, continues to reach out to the District Authorities in the Kombos in the West Coast Region of The Gambia.

According to a press release issued by Gamcotrap, it recently concluded a three-day awareness creation programme held from 5 to 7 July 2013 at the Regional Education Office in Brikama, Kafuta School and Siffoe Senior Secondary School respectively.

Over the weekend community leaders in Kombo Central, Kombo East and Kombo South, including Chiefs, Alkalolu, religious leaders, ward and women Councillors and council of elders in the districts, were exposed to rights education regarding the campaign to eliminate Female Genital Mutilation, rights of children and women as well as gender-based violence.

At the Regional Education Office in Brikama, on Friday, 5 July the Governor of West Coast Region, Alhajie Lamin Sanneh, in his opening remarks, called on community leaders to use the opportunity to gain knowledge on issues they are not aware of.

He informed them that The Gambia is a member of the United Nations and the African Union promoting the human rights of people, in particular the rights of women and girls.

The West Coast Region Governor noted that the promotion of the rights of women and girls should not be a cause for dispute and that the Chiefs and their local authorities should be aware of the harmful effects of the practice of FGM and called on them to share the information and knowledge gained from the training.

He thanked Save the Children International for supporting the project to protect the rights and interest of children in particular.

Governor Sanneh said children are the future generation and it is important to promote their right to health.

He went further to emphasize that though culture is a way of life, there are practices that are harmful and the leaders in the communities should be role models for change for their people.

Mr Sanneh emphasised the importance of dialogue to unravel harmful traditional practices and promote the best ones.

He commended Gamcotrap for sharing knowledge and raising consciousness among the people despite the challenges.

Other speakers calling for an end to FGM included Chief of Kombo Central Alhajie Dembo Keleng Bojang, who welcomed the organization in his district.

At Kafuta, Chief Alhagie Basiru Jarju told Kombo East district authorities that he is aware of the work of Gamcotrap and has participated in the campaign to eliminate FGM and welcomed Gamcotrap in reaching out to his people.

Despite the challenges, research has established that FGM is harmful.Good health is important for Muslims, he said, calling on his colleagues to share the knowledge gained from the gathering.

Key among opinion- and decision-makers who publicly gave support to the efforts of Gamcotrap in the campaign to eliminate Female Genital Mutilation in the Kombos is the Grand Caliph of Siffoe Kanteh Kunda in Kombo South.

He made this pronouncement at Siffoe on Sunday, 7 July at the Siffoe Senior Secondary School Hall, where Kombo South local authorities met on an awareness-creation training and information campaign.

Caliph Kanteh, who told the gathering that Allah would question the deeds of human beings, called on people to take responsibility to improve human dignity.

He argued that some religious leaders are in defiance of knowledge but Allah created pleasure for women and men, which should not be denied by FGM.

Caliph Kanteh pledged his support to Gamcotrap in its crusade to protect and promote the rights of women and children against FGM.

Chief Mustapha Touray said no verse in the Quran states that FGM should be performed to girls and it is important to seek knowledge and get the facts right.

Women are affected and they need to be aware of the harm it causes to them, he added.

Chief Touray cautioned scholars about their responsibility because they are accountable to their followers.

He advised Gamcotrap to persevere and to continue the hard work, whilst also calling on all to work together to ensure FGM is abandoned.

Imam Muhammad Kanteh of Siffoe, in his comment, said information from the presentation on children’s rights is in line with Islam and that religion is to protect the rights of women and children, calling on people to stop social ills.

National Women’s Councillor for Kombo South, Aja Ousman Jallow, said the support to eliminate FGM is growing and called on women to take leadership in protecting girls from FGM.

A law to prohibit FGM is inevitable, she remarked.

In all three districts, Gamcotrap executive director Isatou Touray highlighted the role of Gamcotrap in complementing the role of the government in fulfilling its obligation to women and girls.

She said change cannot take place if the leaders are not aware of the negative impacts of such a phenomenon on women’s health and emphasised the importance of knowledge in bringing about effective and positive change in society.

Dr Touray informed participants about the commitment of the government as enshrined in the Women’s Act 2010, which incorporates International and Regional Conventions and protocols on the rights of women and girls.

She also told the participants that GAMCOTRAP has been working with communities to reach consensus through raising consciousness and urged the government to put in place a law to prohibit FGM in The Gambia as enshrined in Article 5 of the Protocol to the African Charter and other international global efforts to have a global ban on FGM.

Dr Touray reiterated that The Gambia has committed itself to protecting women and girls from FGM and other harmful traditional practices and is working towards the right direction to come up with a law banning FGM.

The Community leaders also learnt about the processes that led to the four Dropping of the Knife Celebrations using the Cluster Approach in the different regions of The Gambia, the respect Gamcotrap has for local and district structures in reaching out to the people in a culturally relevant manner.

Having been exposed to expert presentations on the holistic approach in addressing FGM from the point of view of culture, religion, rights of children and women, effects of FGM on sexual and reproductive health and gender-based violence, participants from the Kombo Central, Kombo East and Kombo South came to consensus that FGM is harmful and should stop, the release added.

They recommended that Gamcotrap should expose their people, women in particular, on the rationale to stop the practice.

They also pledged to share the gained knowledge of the harmful effects of FGM on women and girls, with their families and communities, the release concluded.

Previous:
special edition on fasting: Fasting (SAWM) another tool to unite the Ummah
Next:
Gamtel to clash with Seaview in FA Cup final tomorrow

A most reassuring development